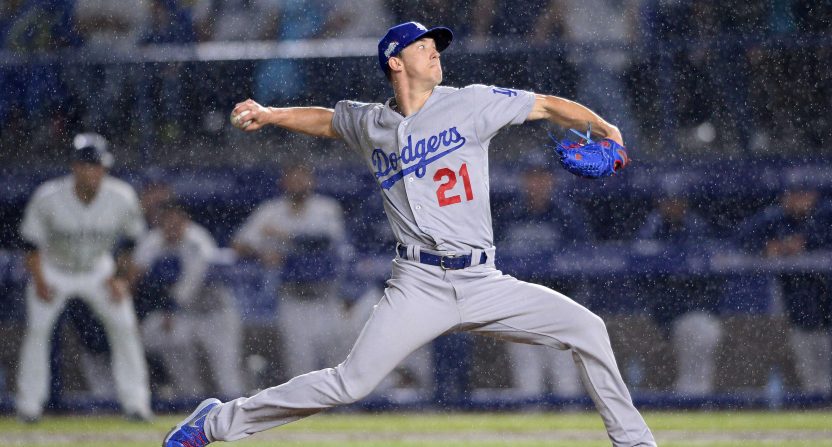 Overall, it’s been a very rough week for the Los Angeles Dodgers. They lost their star shortstop Corey Seager for the season and found themselves nine games back of the Arizona Diamondbacks entering play on Wednesday. We even had a roundtable at The Comeback asking, “Just how screwed are the fourth-place Dodgers?”

They’re still not in an ideal place (and losing Seager is going to hurt all year), but the last three days have been massive for their playoff chances and team morale. They won the final two games of their series in Arizona, and threw a combined no-hitter on Friday night to beat the San Diego Padres in Mexico (a location being considered for expansion).

Calling my shot. Here are Walker Buehler's 8 strikeouts in his 6 no-hit innings: https://t.co/AyuPAtvVIB

Nine innings. Four pitchers. No hits.#TipOfTheCap to the @Dodgers for locking it down. pic.twitter.com/69aN4wcLug

The Dodgers have done it once again…their 23rd no-hitter, which is most in MLB history, comes against the Padres, the only franchise without a no-hitter pic.twitter.com/WXvaahxyJm

Additionally, the Diamondbacks lost, so the Dodgers are now six games back in the NL West. It’s still an uphill climb, but the Dodgers’ NL West title chances look significantly better than they did just a few days ago.