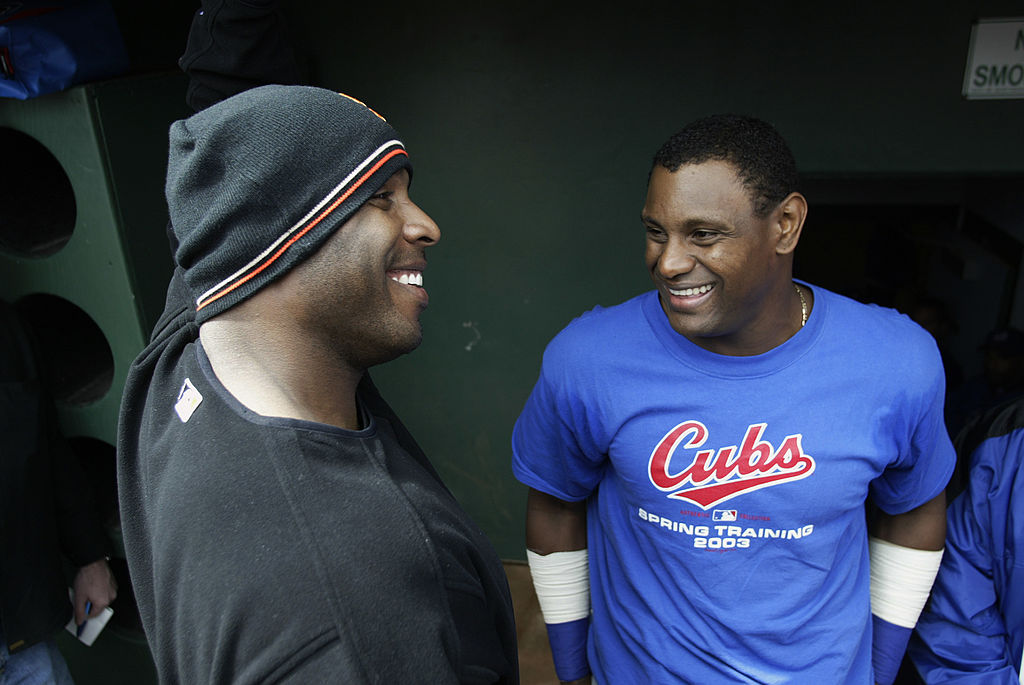 One of the less reported subplots of this winter’s Baseball Hall of Fame voting is Sammy Sosa’s lack of movement, in either direction, among the electorate. Sosa has received just six votes of the 55 revealed thusfar, the same he received through 55 votes last year. He finished with only 31 votes in 2016, giving him a total of 7.0% of the vote, just above the 5% cutoff to remain on the ballot.

Sosa’s vote total hasn’t precipitously dropped over the years. In his first year on the ballot, 2013, Sosa received 12.5% of the vote, which was good for his high-water mark to date. Other players on the current ballot, including Barry Bonds, Roger Clemens, Edgar Martinez, Tim Raines, and Larry Walker, are experiencing gains, while Sosa remains static.

Why is this? ESPN’s Buster Olney brainstormed some possible reasons, including Sosa’s suspension for use of a corked bat, his disastrous appearance before Congress, his reported anonymous positive test for PEDs, and his role alongside Mark McGwire in the 2003 home run chase.

But I think there’s a much more simple reason for why Sosa isn’t getting love from the electorate – his value was mainly derived from his ability to hit home runs, and he was always a secondary figure in the home run chases of the late 1990s and early 2000s.

Consider this – during his entire 18 year career, Sosa lead the league in homers just twice, in 2000 and 2002, both over Barry Bonds in second place. Bonds was the NL MVP runner-up in 2000 and won the award in 2002, a season in which he walked 198 games in 143 games. Sosa finished ninth in both of those seasons.

Sammy Sosa hit a lot of dingers during a time period where plenty of major league players hit a lot of dingers. No one hit more than him over his five year peak. But he didn’t really do anything else well, and the most significant part of Sammy Sosa’s career is this – he hit at least 60 homers in three different seasons… and didn’t lead the league in any of those three seasons.