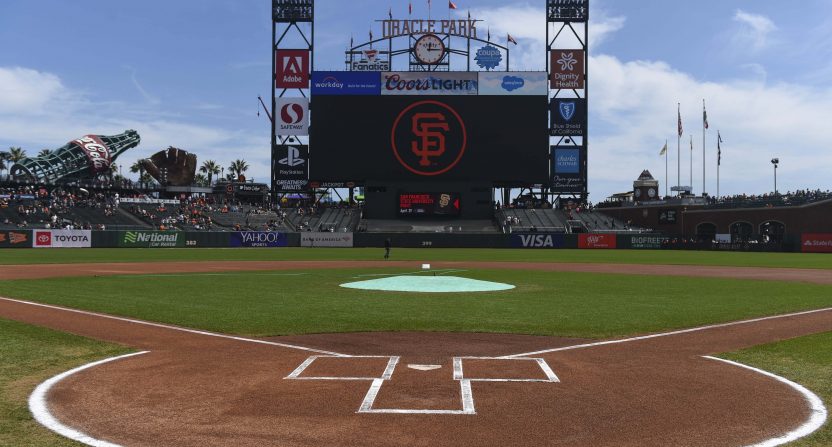 Several MLB organizations have expressed optimism about being able to have fans — even if only at 20% capacity — in their home ballparks this season, despite the COVID-19 pandemic. But the San Francisco Giants have already told season-ticket holders that there won’t be fans at home games this season.

Well, at least not actual people in attendance at Oracle Park.

The Giants have told season ticket holders that they won't have fans at games this year. They will have a Fan Cutout Program, allowing them to submit an image to be placed in the stands during home games.

Additionally, non-season-ticket holders can also get a cutout image placed in the Oracle Park stands for a $99 fee.

The KBO and Taiwan’s CPBL have already put cardboard cutouts to use.

the KBO has cardboard cutouts of fans in the stands and it's kind of genius 😂 pic.twitter.com/g5CcXDWict

And the CPBL has even given robot mannequins a try.