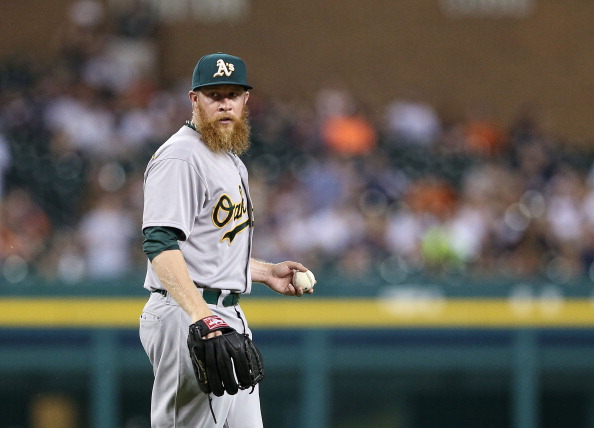 The Major League Baseball season isn’t even a month old and three players on big league rosters have already been suspended for using PEDs. Daniel Stumpf, Chris Colabello, and most recently Dee Gordon have all been banned 80 games for breaking MLB’s drug policy.

Oakland A’s reliever Sean Doolittle told John Shea of the San Francisco Chronicle that fellow players aren’t happy with the suspensions, and said players should be held “more accountable for their actions.”

“Guys are pissed,” A’s closer and player rep Sean Doolittle said. “They want players to be more accountable for their actions. They want a more level playing field. They want punishments that will even further deter players from trying to cheat the system. They want penalties that might affect those players’ wallets even more than it does.

It doesn’t come as a surprise players aren’t happy with suspensions. As a competitor, they don’t want other players to have unfair advantages, especially by cheating. Detroit Tigers pitcher Justin Verlander expressed frustration following Gordon’s suspension, saying he shouldn’t have been allowed to play while appealing the suspension.

This PED shit is killing me. If u test positive u need to not play. You shouldn't be allowed to effect games while appealing.

so he had a career year and said "Oh, what the hell, why not cheat the game now?" This is a sad one man.

Doolittle said players are getting “paid off the numbers they put up while there were cheating,” referring to Dee Gordon’s recent five-year $50 million contract. He told Shea cheating hasn’t deterred players from getting big contracts.

“How many guys have we seen,” Doolittle said, “they get popped, penalized, serve their suspension and come back the next year with a multiyear contract for millions of dollars?

He said players are talking with the MLBPA, kicking around ideas to see potential options.

“We have ideas. We’re talking to the union right now. We’re kicking them around to see how feasible they are.”

There’s no immediate solution here. MLB has stepped it up by increasing suspensions from 50 to 80 games. They’ve at least been proactive at trying to further discipline players. But still, as Doolittle said, that might not be enough.