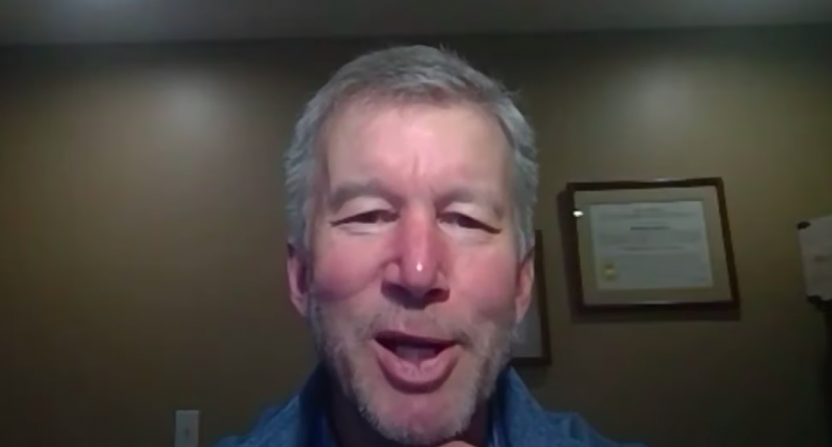 The Seattle Mariners promoted Kevin Mather to the role of president and CEO in 2017. In 2018, he apologized when it became public that he had been involved in multiple sexual harassment cases while working for the team that required settlements to two separate victims. It was an indictment of the backroom rich boys club that had so long been a part of baseball front offices, where harassers and offensive people were allowed to continue moving up the ranks simply because of who they were. It’s the kind of trend we saw repeated with the Houston Astros, New York Mets, and others.

Mather has skated by in the years but he’s back in the headlines again now that video from a call with the Bellevue Breakfast Rotary Club has surfaced online. In the video, Mather talks flippantly about the people who work for the Mariners coupled with some casual racist barbs and a general disdain for MLB players.

Factal editor Joe Veyera watched the whole video and transcribed some of the standout bits.

THREAD: Mariners President Kevin Mather spoke with the Bellevue Rotary on Feb. 5, and the group has posted that conversation on their YouTube page. https://t.co/XINarPr1SJ

One of the most notable instances was the way Mather discussed the team’s recent hiring of Hisashi Iwakuma, a Japanese former Mariners pitcher who returned to the club as a special assignment coach. Mather implies that Iwakuma may have been faking his inability to understand English in order to have an interpreter on staff, something that Mather says he did not appreciate paying for.

"His English suddenly got better when we told him that."

Here's a video of the president of a major league team complaining about having to pay $75,000 per year so that his beloved all-star pitcher from Japan can have an interpreter https://t.co/qz40is8vHD

I wanted to go back and get Mather's Iwakuma remarks in full, assuming this video gets taken down in short order. pic.twitter.com/UuSVQYZSPM

Mather also seemed to have concerns about the English-speaking ability of the team’s big prospect, Julio Rodriguez.

It was a little odd that, despite having generally positive remarks about Julio Rodriguez, telling the group he has, "a personality bigger than all of you combined," and that he loves the Mariners, he noted, "his English is not tremendous."

He also then talked very candidly about negotiation strategies with some of the players on the Mariners roster as well as any potential free agents. Most notably, he outright says that the team manipulated prospect Jarred Kelenic’s service time as part of their negotiation strategy with him.

In free agency, the team was content to wait out the market.

"We have taken the position that there are 180 free agents still out there on Feb. 5 still unsigned, and sooner or later, these players are going to turn their hat over and come hat in hand, looking for a contract."

“This is probably [Kyle Seager's] last season as a Mariner. … He will be a Mariner Hall of Famer when he is done playing.”

Certainly jarring for Seattle #Mariners prized prospect Jarred Kelenic to learn that he won't be making their opening-day roster after rejecting a six-year contract extension with options, as Mariners president Kevin Mather disclosed. Of course, it delays his service time. https://t.co/dp0VoxsTva

Mather provided details to what were then ongoing negotiations between the team and James Paxton.

"His agent has told us that he’s going to make more in 2021. Interestingly we started a conversation with Paxton yesterday, & it is for substantially less than he made last year."

Another strange moment comes when Mather candidly discusses not letting employees park close to the stadium but then hiring police to escort them through the local neighborhood, which he then degrades.

More from Mather on his neighborhood concerns, and not letting employees park in the garage across the street? pic.twitter.com/lWA62UwyAn

Perhaps you read these comments and think “well, they’re not that bad” compared to other things that have been said by sports executives. But Mather comes off exceedingly privileged and care-free in the way he throws players and employees under the bus. It’s hard not to think about many of these comments coming back to bite him when he needs to enter into player negotiations, especially with those from non-English-speaking countries.

If I'm any player coming from another country and considering the Mariners, I'm looking at this real hard (as should all players, really. how they treat those guys is how they'll treat you when they can) https://t.co/KWs6ivnkgX

We’d imagine Mather is going to have to answer for these comments one way or another. Many fans in the Mariners community who don’t see much value in what the CEO has done for the ballclub in his time as its leader are calling for him to be fired.

It does make you wonder what, exactly, Mather has going for him to keep his job if he’s just going to be a public embarrassment for the Mariners every few years. The team hasn’t made the playoffs since he’s been in charge and seems to be trending the wrong way once more. Not to mention, it really doesn’t sound like he learned his lesson in terms of how to treat others, especially those subordinate to you. And how many chances does a guy like this really need to get?

UPDATE: Mather resigned on Monday, per an announcement from the Mariners.