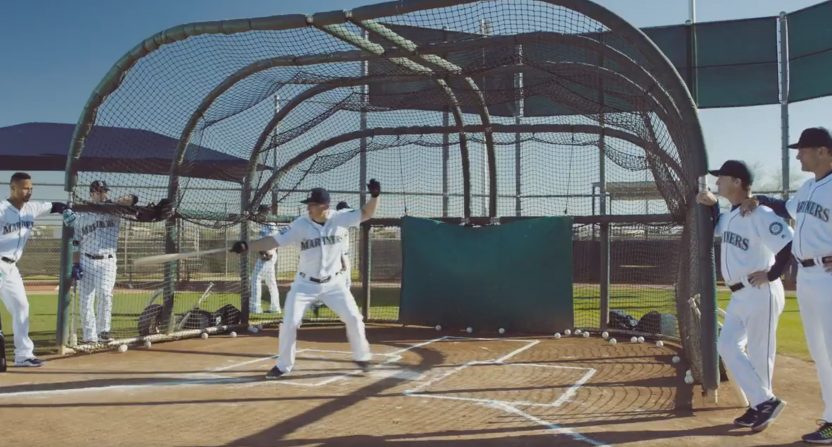 If there were a World Series of digital marketing, the Seattle Mariners would have a dynasty by now.

The Mariners have long had one of the most engaging social media presences in sports, and their annual commercials (Remember Larry Bernandez?) are unfailingly amusing.

On Wednesday, the Mariners tweeted out four 30-second ads, and while they were all fun (you can see them here), one clearly stood out from the rest. It was called “Beyond the Flip,” and it featured players practicing their new home run celebrations, with an assist from Edgar Martinez.

Bat flips are so last season.

It's time for something new. pic.twitter.com/NLbhCiNlYh

The Mariners also shared an ad called “Felix Day,” starring, of course, Felix Hernandez. The commercial, which features a variety of Felix Day celebrations, ends with Hernandez striking out an Oakland A’s batter as the catcher hands him a balloon shaped like a K.

Clear your calendar every fifth day of the week.#HappyFelixDay pic.twitter.com/SyjVfZSyGe

For some reason, this entirely harmless ad seemed to displease the Athletics’ Twitter account, which fought back, rather feebly, with an unnecessary allusion to the fact Seattle has never won the World Series…

@Mariners Congratulations on inventing a day so that you could finally get a ring.

The Mariners did not apologize…

The A’s responded with another “Ringzzzz” argument…

@Mariners Thanks. We'll tie the balloon to one of our World Series trophies so it won't float away. pic.twitter.com/dYet0ZCSrG

And the Mariners responded with a Smash Mouth reference, poking fun at Oakland’s feud with the band…

@Athletics Well, we know the 70s and 80s were fun, but as you know…the years start coming and they don't stop coming.

The A’s then continued to be terrible at this…

@Mariners Here's a balloon that might look familiar to you. pic.twitter.com/fGYnYYzyeH

Before the Mariners mercifully ended the tiff…

@Athletics See you in 2017. pic.twitter.com/mEdDr0Oa2r

Needless to say, the Mariners won this exchange, thereby maintaining their super-important status as the MLB team with the best Twitter account.