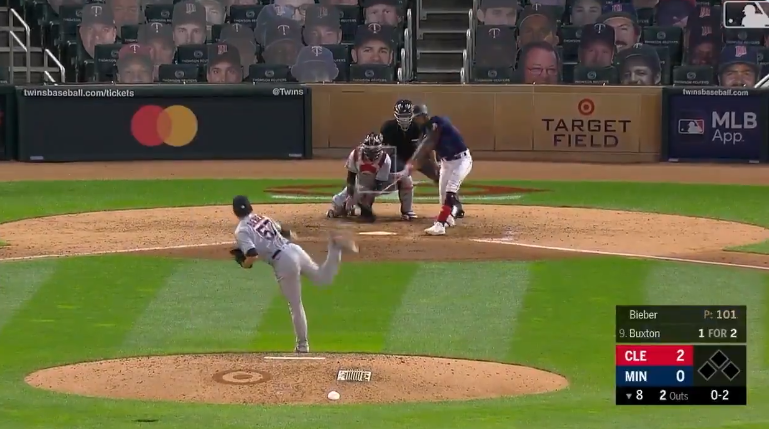 Cleveland Indians starting pitcher Shane Bieber put together an excellent 2019 season that included winning the All-Star Game MVP, and it appears that he’s taking things to another level in 2020.

Bieber shut down the Minnesota Twins’ powerful lineup with eight scoreless innings, three hits (all singles), zero runs, zero walks, and 13 strikeouts in Cleveland’s 2-0 victory on Thursday night at Target Field. The right-hander was as nasty as the box score would suggest, befuddling Twins hitters with filthy breaking balls and terrific fastball command.

This man is complete filth. pic.twitter.com/8JmgiDNy1A

Through 14 innings over two starts, Bieber has given up seven hits, zero extra-base hits, zero runs, and has struck out 27 batters while walking just one. The 27 strikeouts through his first two appearances of the season tie an MLB record.

After notching 14 K's in his 1st start of the season, Indians P Shane Bieber had 13 K's tonight against the Twins.

Shane Bieber has faced 50 batters in two starts this season. He has struck out 27 of them, walking just 1.

In this tiny 2020 season and with how his game is trending, we should already consider Bieber the AL Cy Young favorite.