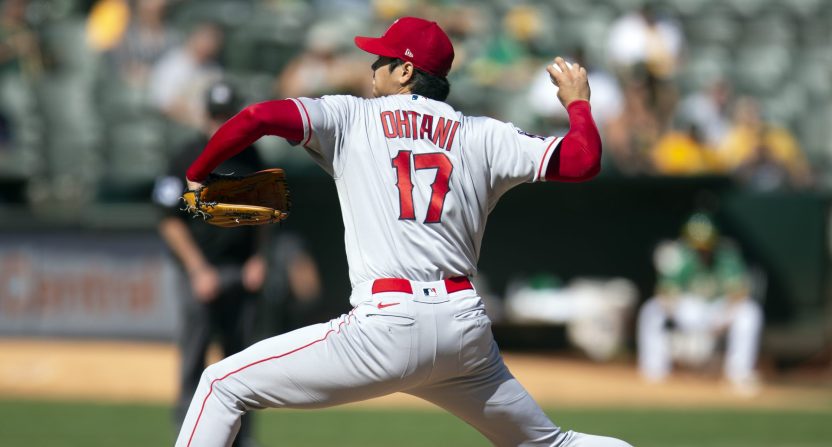 Shohei Ohtani isn’t your 2022 American League MVP. But one of the two writers who voted for him explained his rationale.

Ohtani conceded the 2022 AL MVP award to New York Yankees slugger Aaron Judge. Judge clobbered 62 homers this season, a new record in the AL. You probably heard about that more than once. Ohtani put together another outstanding season himself. This after he took the world by storm a season ago, after he’d taken the AL MVP award home. The Los Angeles Angels two-way sensation had one of the greatest seasons ever according to one of his voters.

Sam Blum of The Athletic was one of two writers to choose Ohtani over Judge. The other was Greg Beachem of the Associated Press. Blum is an Angels writer, and while many may call bias or homerism, someone who saw him all season is as good as any judge of play can be.

He later scribed, “Just because we all oohed and ahhed at his breakout 2021 season (when Ohtani was unanimous), does not mean we should take it for granted a year later. The novelty might not be the same, but the reasons we were enamored with him have only been maintained or improved upon.”

Blum recognized the biased argument against him and how he dealt with an “uncomfortable dynamic” while having a vote for one of the players he covered. But, he said, “This vote, though, has nothing to do with bias. There’s not a single person with the Angels that would accuse me of being a homer. The opposite, far more often than not.”