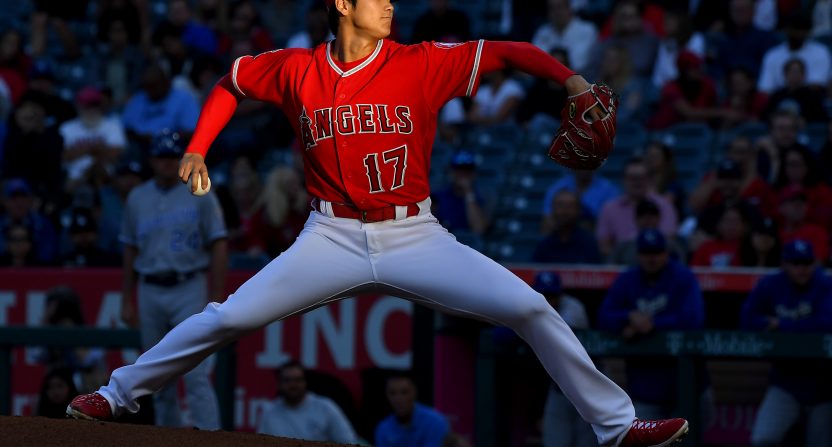 Late Sunday night, after most of the Sunday Night Baseball audience had gone to sleep, ESPN’s Pedro Gomez appeared on SportsCenter to report some devastating news: Days after being placed on the disabled list with a strained UCL, Angels sensation Shohei Ohtani is likely headed for Tommy John surgery.

“Everything I’m hearing is that the reality is, he probably will need Tommy John surgery,” Gomez said. “The earliest we might see him, should he have TJ surgery, would be the 2020 season.”

And just like that, the best story in baseball this year takes a very dark turn. Ohtani had been an irresistible star, doing something no one since Babe Ruth has attempted with much seriousness and succeeding at it beyond all expectations. Ohtani posted a 150 OPS+, making him one of the better hitters in the league, and he posted a 131 ERA+, making him an All Star-caliber pitcher. Now, he’ll miss the All-Star game, will likely miss the playoff push and might even be sidelined for 18 months.

However, all is not lost quite yet. Gomez said the Angels retain hope that Ohtani’s sprained UCL can heal with platelet-rich plasma and stem cell injections and thereby avoid surgery. Similar approaches have worked in the past for Aaron Nola and (to some extent) Garrett Richards, among others, though the success rate is fairly low.

Here are the PRP and Stem Cell injections that I have recorded, including outcomes and notes about the description of the injury at the time of injection. Note these are for injections to the UCL only. pic.twitter.com/W9C2yh6ybK

Basically, the Angels have to decide whether to send Ohtani for Tommy John now or attempt to treat him without surgery and risk that he winds up having surgery anyway at a later point. Either way, there’s no real guarantee that he returns to full from — or that the Angels continue to let him play both ways. Some pitchers put UCL injuries behind them an never look back. Others fail to ever truly recover. There are no sure things when Tommy John surgery is involved.

If Ohtani is truly out until 2020, his absence will be a huge blow for the Angels, who are currently battling for a playoff spot, and an equally large blow for the many, many fans who have followed Ohtani’s remarkable start with awed fascination. Fingers crossed for him and for all of us.