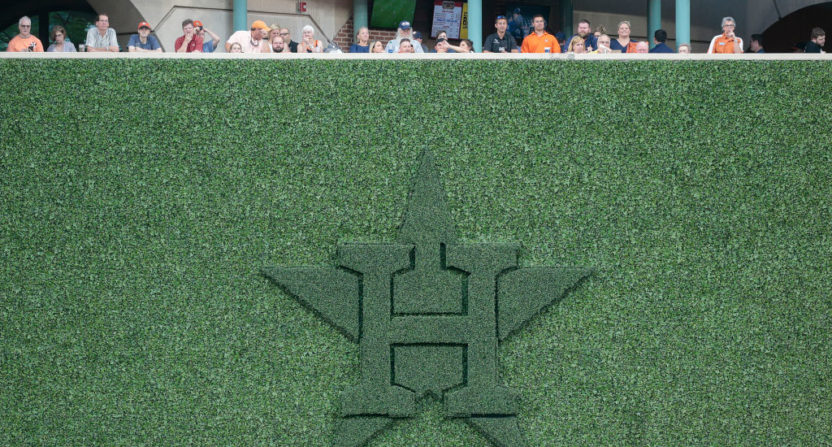 Houston and the surrounding region off the Gulf Coast continues to recover from the effects of Hurricane Harvey, making sports one of the last things to worry about in the region. However, sports events do need to be addressed to some degree as the city of Houston is flooded with record rainfall.

The Houston Astros were originally scheduled to host the Texas Rangers for a three-game series starting Tuesday in Minute Maid Park. As it stands now, the likelihood of playing all three games in Houston looks bleak at best, and Major League Baseball and the two teams are looking for alternative plans to roll out quickly. The most likely scenario in play may be to move the three-game series to another city entirely, even if it has to be played outside of Texas.

The sensible plan would seem to be just flipping three-game sets in each teams ballpark, as the Rangers are set to host the Astros next month. However, as The Dallas Morning News notes, doing so is not an option the Rangers would ideally like to utilize. Doing so would have the Rangers lose out on revenue from home games switched on short notice, and it would also create a two-week road trip for the Rangers in September, who could be in playoff positioning. But if push comes to shove, it may make the most sense. The more likely scenario that could play out is transplanting the series to another city, like St Petersburg, home of the Tampa Bay Rays.

Houston is also supposed to be hosting a neutral-site football game between LSU and BYU this weekend, although that game is now in doubt as well. This is a bit of a familiar story for LSU, which had to work out an arrangement with Florida and the SEC to address a postponed game last season. When a storm washed out a game in Gainesville, LSU battled to get the game played in Baton Rouge later in the year. LSU ended up having to scratch another opponent to make it work, and ended up losing the game on their home field anyway. LSU will head to Gainesville this year as the home-and-home rotation was thrown off as part of the deal to make the game work out last season. This situation is a bit different, because it is a neutral site game and against a non-conference opponent.

New Orleans was considered an early favorite to play host to the game, but flooding concerns for the city have left the doors open to any number of cities who wish to try and host LSU and BYU on short notice. It is a logistical nightmare no matter what happens at this point, but it may be the only way to keep the game on the schedule. The Advocate reports Nashville and Orlando have extended a branch to keep the game alive, joining previous gestures from Jacksonville and Dallas.

Neither LSU or BYU is expected to be able to work out a home game in this situation though, as neither school would want to give the other school such an advantage given the situation. This is technically a BYU home game though, so they and ESPN hold some of the cards.

There are obviously more pressing issues at hand with the flooding in Houston. Sports will go on with or without these events, regardless of where they are or are not played. But somebody has to sort out the travel details for better or worse.