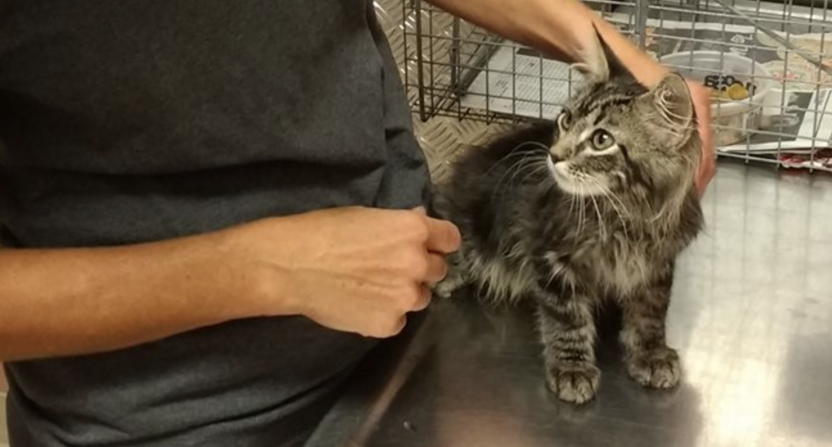 Over the past couple weeks, this world has had to deal with a lot of terrible and disheartening news. Constant reports of North Korea bombing Guam or anywhere else, Nazi’s protesting at college campuses and multiple terrorist attacks involving people driving cars into groups of people resulting in deaths both in Charlottesville, Virginia and Barcelona, Spain.

Despite all this terribleness that more and more seems like it’ll be the new normal, we needed some good and heartwarming news that wouldn’t necessarily make us forget the bad things that has happened, but give us a few seconds to maybe take a break from all that and decompress. That such thing was Rally Cat.

Nine days ago, a feral cat ran on the field during a Royals-Cardinals game. After a grounds crew member got the cat off the field, Yadier Molina hit a grand slam on the next pitch to put the Cardinals in the lead. This led into the lore of “Rally Cat,” where the cat helped the Cardinals take the lead. It was all in good fun. That’s when the story starts taking a dark turn.

In order to treat his cuts after the cat bit him, because it’s smart to run with a likely scared cat in front of 40,000 cheering fans, the grounds keeper set the cat down and he ran away. A fan claimed the cat and took off with it until she lost the cat somewhere in St. Louis. A day later, the St. Louis Feral Cat Outreach found the cat and were able to use unique markings to identify Rally Cat and are taking care of him in the interim before he can be well enough to be adopted.

Cardinals VP of Communications Ron Watermon gave a very forceful case in making sure the Cardinals get Rally Cat.

“The St. Louis Feral Cat Outreach organization has assured us they will be returning our cat to us after a mandatory 10-day quarantine period,” Watermon said. As far as where Rally Cat would be housed, he said, “Rally Cat will be cared for by our team, making the Cardinals Clubhouse his home. Mike [Matheny] and our players are looking forward to loving and caring for him.”

The organization took offense at that commented and posted to Facebook that they were disappointed in Watermon’s comments and didn’t appreciate being bullied.

Watermon responded to those claims by the St. Louis Feral Cat Outreach, in an email to the St. Louis Post-Dispatch saying “It is personally hurtful to me, irresponsible and, frankly, childish,” Watermon said in an email. “There is no need for the organization to personally attack me for doing my job.”

You might be doing your job, Mr. Watermon but you’re doing a terrible job. You’re going against a volunteer organization that helps get feral cats off the streets and put them in a position so they can be adopted to a loving home. Do you have any sort of self-awareness to realize that you’re the bad guy in this situation and you’re embarrassing not only yourself but you’re embarrassing a proud team like the St. Louis Cardinals by going into a media war against volunteers who do this in their spare time? You’re an MLB team that’s worth over a billion dollars and you’re fighting a volunteer non-profit that is trying to take care of a growing problem that every city faces. You aren’t the good guy here.

And how exactly is the Cardinals clubhouse a suitable home for a cat? It’s not a suitable home for a person, much less a cat. You’re only there for 81 regular season games out of the year, where is the cat going to go for the other 284 days out of the year? Are you going to pass him around to different staffers every week as if he’s a child from a broken home? Is some intern going to be tasked to stay at the clubhouse and feed him on off days? Are the Cardinals willing to adopt a friend for Rally Cat so he can have a friend to play with at times where his humans aren’t able to play with him? While everyone involved will have the best of intentions and are going to love Rally Cat, that’s not a suitable situation for an adopted cat.

When I was a kid, my family had up to seven cats at one time, all of them were stray feral cats. The house didn’t smell nice at times and I rarely wore dark shirts because of all the cat hair but we gave those cats a loving home that extended their lives by at least ten more years because we got them out of the streets. Now, I have two cats, both were feral cats and are living well as “partners-in-crime” sleeping and playing with each other while I’m at work.

I get that you want to have this great celebration for Rally Cat but stop thinking of this as the Cardinals VP of Communications and think of this as a human being, Mr. Watermon. Have enough perspective to realize that wanting to adopt a cat and have his home be the Cardinals clubhouse is not a suitable home for a cat.

If you want great PR, work with The St. Louis Feral Cat Outreach to let a Cardinals staffer adopt the cat and have them take care of the kitty. And then when you want to have a Rally Cat Appreciation Day or want to bring him in for the playoffs, they can bring the cat to the ballpark. There, the cat can have an actual home and fans can still enjoy what Rally Cat brings to them and the team.

We have been through one bad news story after another the past two weeks. This world has become much more dangerous, much more depressing, much more divided and much more sad and it’s probably going to continue like this. Rally Cat was a story that was cute and fun and you sucked the fun out of this with your embarrassing actions. I hate this cliché but this story is why we can’t have nice things. You have a chance to undo this Mr. Watermon and the Cardinals and make sure Rally Cat has an actual loving home and put the life of a cat before a PR idea. I hope you make the right decision.