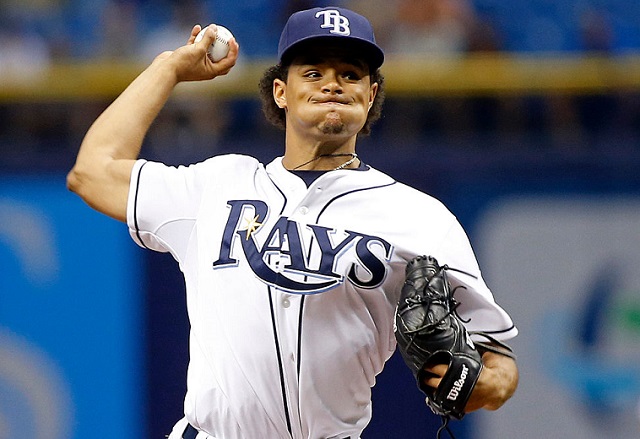 Last season at MLB’s trade deadline, the New York Yankees dealt starter Ivan Nova to the Pittsburgh Pirates for the coveted “two players to be named later.” He turned out to be the best starting pitcher acquired midseason, compiling a 5-2 record and 3.06 ERA in 11 starts.

Nova eventually re-signed with the Pirates and has continued to pitch well, tossing at least six innings in each of his 15 starts this season, posting a very respectable 3.06 ERA and 1.08 WHIP.

Which big-named starters are likely to be packing their bags around the 2017 MLB Trade Deadline? Despite their pedestrian-like numbers thus far, let’s run through the options. (Other candidates may include Johnny Cueto and Justin Verlander, but their pricey contracts should keep teams at bay, along with Cueto’s opt-out clause.)

Even though Samardzija’s woeful 4.74 ERA can’t be ignored, he’s also racking up strikeouts at an impressive rate. The former Notre Dame wideout is tied for 11th in strikeout rate (27.7 percent) among starters. He also places third in walk rate at a mere 3.2 percent. Therefore, his 3.48 FIP, (Fielding Independent Pitching), equating a pitcher’s three main outcomes (home runs, walks, strikeouts) into an ERA-like number, justifies how the 32-year-old Samardzija has fallen under some bad luck this season.

The Los Angeles Dodgers, Arizona Diamondbacks and Colorado Rockies’ dominance has pushed the Giants (27-48) completely out of the playoff race in the NL West and wild-card races. If a contender is willing to take on his slightly expensive contract, Samardzija could make for a quality third starter in the postseason. 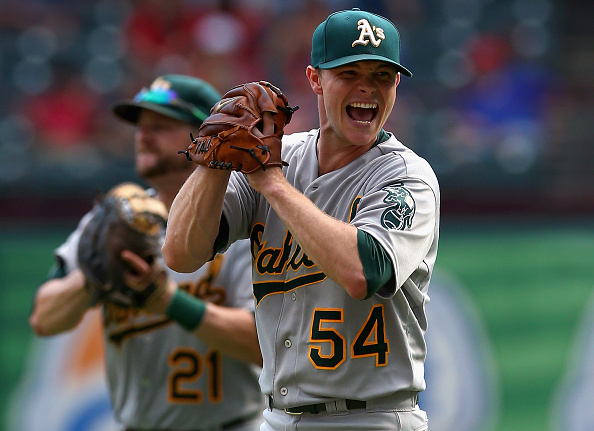 Gray was utterly dominant from 2014 to 2015, compiling a 2.91 ERA, 1.14 WHIP and 6.9 WAR over that span. However, neck, shoulder and forearm issues have caused him to miss some time over the past two seasons. Injuries aside, the 27-year-old Gray has been inconsistent, amassing a 4.84 ERA, 3.62 FIP and 1.42 WHIP in his 10 starts. Spun around his three quality starts in his last five trips to the bump are two outings in which he allowed a combined 12 runs on 12 hits.

Considering the A’s (31-42) are clearly in the process of undergoing another rebuild, GM Billy Beane shouldn’t have an issue shipping out Gray were he to finally settle in and remain healthy.

While Quintana’s 4.69 overall ERA is fairly underwhelming, he has improved since allowing seven runs in 2.2 innings pitched against the Boston Red Sox in late May. A slice of his struggles could be dedicated to his home run to fly ball rate (HR/FB), which stands at a career-high 13.3 percent. Nevertheless, he boasts a 2.25 ERA in his previous four outings. Moreover, he collected back-to-back quality starts in his last two trips to the bump for the first time all season. His strikeouts are rising, too, averaging nearly nine strikeouts per nine innings.

The White Sox own the eighth-worst record in baseball. If Quintana, who possesses a team-friendly contract, continues to ascend in a positive direction, the franchise should receive proper value from a contender, like the Houston Astros, at the deadline.

Cole combined to collect a 3.23 ERA, 2.98 FIP and 1.21 WHIP over his first four seasons in the league, as many expected those numbers to continue at the very worst. Instead, the 26-year-old has experienced numerous struggles, collecting a 4.28 ERA and a 4.56 FIP in 15 starts. On top of that, he’s the 15th-worst pitcher under HR/FB rate at 18.2 percent, behind the likes of Masahiro Tanaka (25 percent), John Lackey (22 percent) and, surprisingly, Clayton Kershaw (19.1 percent).

Sports Illustrated‘s Michael Beller recently dove into Cole’s struggles, explaining how the increased use of his changeup has delivered numerous concerns, especially against lefties; they own a .290/.316/.574 slash line against Cole this season. With a 33-40 record, the Pirates need Cole to exhibit better control in order for their demands to be met. If they decide to hang onto Cole, the aforementioned Nova, who ranks 18th in pitchers’ WAR, could be on the move instead.

After missing the entire 2015 season following Tommy John surgery, along with a chunk of the 2016 campaign, Darvish doesn’t appear to have lost much gas. In fact, his velocity has increased on each of his pitches. Despite the win-loss mark failing to define a pitcher’s value, Darvish possesses a 6-5 record with a sound 3.35 ERA, and opponents are batting just .204 against him as well. However, his FIP, sits at 4.13.

However, with the Rangers sitting only 1.5 games from the second AL wild-card spot, they might cease their trade talks until mid-July.

Owning a 39-36 mark, the Rays have suddenly entered the mix for the AL wild-card and maybe even for the AL East. These next few weeks should determine their positioning at the deadline. If they decide to sell, fellow starter Jake Odorizzi, who holds a 3.78 ERA, could also be thrown into the mix. Yet, his 5.33 FIP could mean regression is on its way. Archer obviously represents the more intriguing asset between the two starters.