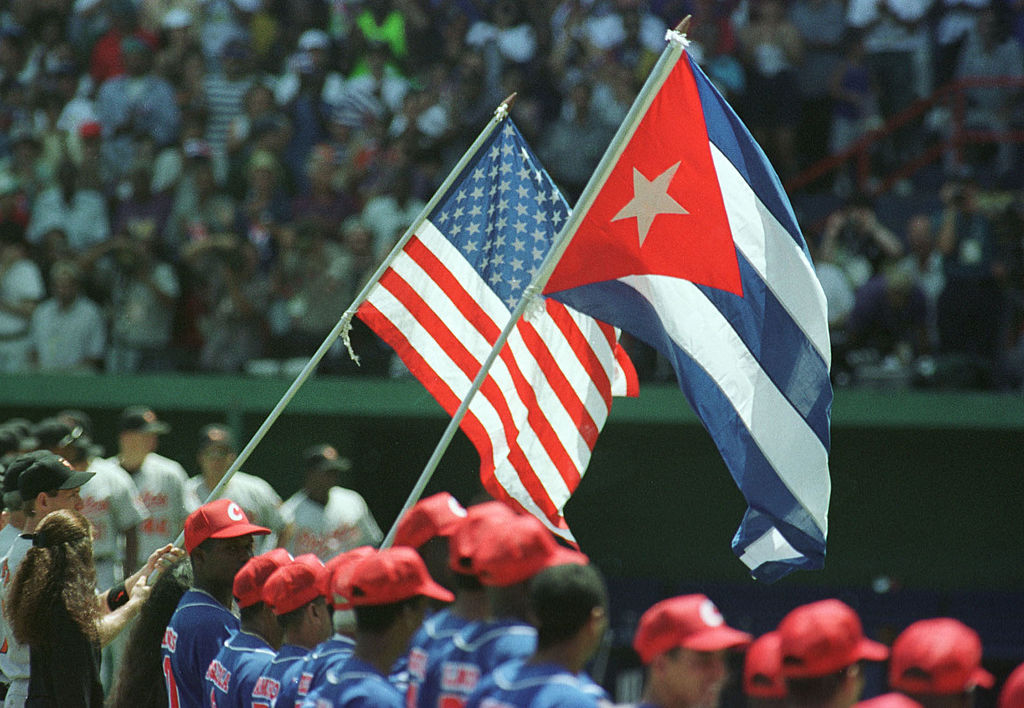 Cuba and the United States of America are set to begin a new era of relations between the two nations, and what better way to mark that than by the shared pastime of the two countries?

According to a tweet from Major League Baseball, that’s exactly what is going to happen — as the Tampa Bay Rays are set to play an exhibition game against the Cuban national team in Havana on March 22.

The @RaysBaseball will play the Cuban National Team on 3/22 at Estadio Latinoamericano in Havana. pic.twitter.com/NJyu8Lq4zF

Just how big is this event going to be? It’s apparently going to be part of President Barack Obama’s own historic trip to Cuba.

President Barack Obama is also expected to attend the Rays game in Cuba as part of his own historic trip, reports @TBTimes_Rays

The game will take place on the final day of Obama’s scheduled trip, just before he heads off to a second two-day trip — that one to Argentina. The game will air on ESPN although no news on if Dan Le Batard and his family will be attending.

Its an event that will undoubtedly be seen as another bridge in the shared sporting culture of the two countries. However, Major League Baseball isn’t a stranger to helping to try and bridge that gap.

Just this past December the league put together a goodwill trip to the communist island nation, with a number of American and Cuban-born players making the trip.

There’s little question that baseball is king on the island nation, and while it is America’s pastime as well the sports real future lies in its ability to become a true international product. That was reflected in both the public parts of the trip to Cuba, and the behind-the-scenes meetings taking place on the trip.

“It’s important that we are here and an important symbolic step,” said Dan Halem, MLB’s chief legal officer. “I think the better you get to know people, the easier it is to work out issues with them. But in terms of the system issues, and even the business issues of playing the game here, it will take some time to work out.

MLB last took a team to Cuba in 1999, as the Baltimore Orioles took on the Cuban national team back in 1999.

No matter the team, it is clear that this game means something not only to the game of baseball but to the two countries involved.