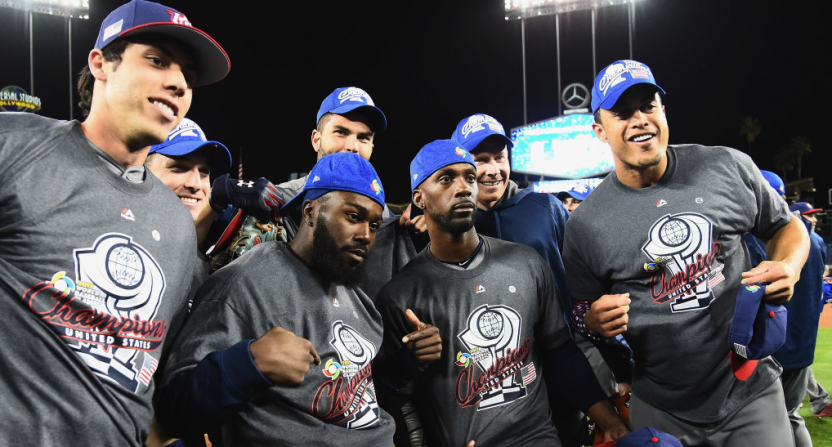 After not watching much of the World Baseball Classic, I found myself watching Wednesday night’s Final between the United States and Puerto Rico. As the United States held the lead and eventually won their first WBC title, I still found something missing on a moment that should be all anyone is talking about in the sports world.

The WBC also needs to be a tournament where fans of MLB teams will not only be OK with seeing their star player play in the WBC (and risk injury), but also have it be a point of pride. For most soccer fans, it’s country before club. But for MLB fans, it’s club before country.

In addition, if the WBC is to be relevant, it needs to be shown on a more visible channel than MLB Network. I’m sure it resulted in great viewership for MLB Network and ESPN did what they could to provide the Spanish feed, even though some people didn’t appreciate it.

But MLB Network is a channel that many don’t have or don’t even know they have. This may not be a big deal for diehard fans, but casual fans aren’t going to bother looking for it or are even aware. That’s a shame because it’s a story that would resonate with a wider, non-baseball fan audience.

Maybe diehard baseball fans appreciate the World Baseball Classic and maybe the United States winning will bring in better players and more fans for the 2021 tournament. But to many casual and even some diehard baseball fans, the end of the World Baseball Classic brought a sigh of relief over the players on their team not getting hurt (unless you’re a Royals fan) and the real season doesn’t start until April 3.

The United States winning was big to some people and OK for others. But when the MLB season starts in a few weeks, most will probably forget about the U.S. winning the World Baseball Classic or even forget there was even a World Baseball Classic in the first place. That’s not what this tournament needs or deserves.