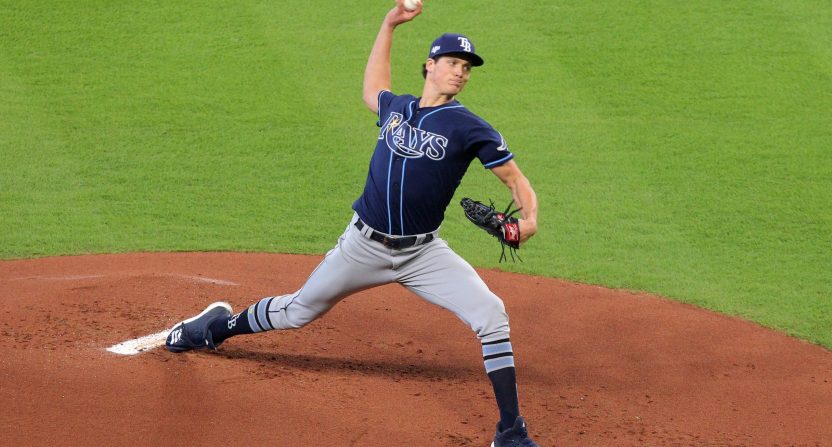 Earlier this week, Major League Baseball officially announced a 2020 season is scheduled to begin on July 23 or 24. Instead of the usual 162-game format, this regular season will only be 60 games amid the COVID-19 pandemic. Additionally, an expanded playoff format hasn’t been ruled out yet.

So, we’re looking at a drastically different season structure, and it should significantly increase the amount of teams that are contenders on the surface. Very few teams are incapable of playing .500+ baseball for two months. Just about anybody can get hot, just like any team can play terrible baseball over a 60-game stretch (the 2019 world champion Washington Nationals were 27-33 through 60 games last season, and were 19-31 through 50 games). The season will also feature the universal designated hitter, a wacky extra-innings rule, and some other changes that could impact things.

With so many teams having a *chance* this season, and with the juggernauts potentially suffering from the increase in contenders and small-sample weirdness, it’s very difficult to predict how things will go.

Following the announcement of a 60-game season, the World Series title odds were released by various sportsbooks. Here’s a look at the latest odds from Bovada:

The Rays seem to be undervalued at just about every sportsbook, with odds ranging from +1800 to +2800 at the time being. This is a team that won 96 games last season. FanGraphs currently gives Tampa Bay the fourth-best World Series title chances, behind only the Dodgers, Astros, and Yankees.

Tampa Bay is particularly intriguing with their pitching, especially in this 60-game format. By the FanGraphs projections, the Rays have three of the top-11 pitchers in the American League, in Blake Snell, Charlie Morton, and Tyler Glasnow.

Snell — the 2018 AL Cy Young Award winner — is recovering from elbow soreness, but hopes to be ready to go when the season arrives. Morton is 36, but is coming off a career-best season in which he had a 3.05 ERA and 2.81 FIP in 194 2/3 innings. And Glasnow looked absolutely ridiculous in 12 starts for Tampa Bay in 2019, putting together a 1.78 ERA, 2.26 FIP. Additionally, the Rays’ bullpen-game strategy (which beat Justin Verlander and the Astros in a playoff game last season) for the back of the rotation could be even more useful and effective in a much smaller season.

The Nationals lost Anthony Rendon in free agency, but Washington still has a highly talented roster. Having the experience that comes with being the defending champions can’t hurt either (and if the “World Series hangover” really is a thing, it probably isn’t nearly as much in our current situation and with the players having so much time off).

Just like the Rays, the Nats’ strength is in the starting rotation. Max Scherzer, Stephen Strasburg, and Patrick Corbin give the Nats three ace-level arms (Scherzer and Strasburg especially). In a shortened season, having three such pitchers may be all you need to make a deep run. And even with the loss of Rendon and Bryce Harper over the past two offseasons, the Nats still have some firepower on offense, led by Juan Soto (who is still just 21 years old, which is hard to believe).

Even in a tiny season, the A’s are still being overlooked. Oakland won 97 games last season, and it wasn’t fluky; they had the fifth-best run differential (+165) in MLB.

Here are all 8 Ks from his 3.1 IP outing today pic.twitter.com/lhBVBpyt8c

The A’s have a balanced roster, featuring five position players that had a 3.9 WAR (per FanGraphs) in 2019, a pitching staff that could see a boost with Rookie of the Year candidate Jesus Luzardo, and a defense that was the best in MLB in 2019 according to FanGraphs’ metrics.

The Cubs did very little to improve their roster over the offseason. And there are plenty of reasons to be down on the team, especially after they won only 84 games last season and fell apart down the stretch. The bullpen is a huge question mark (particularly with Craig Kimbrel), as is center field. Jon Lester and Jose Quintana appear to be back-end starting pitchers at this point.

But there’s still a lot of star talent on this team, led by Kris Bryant, Javy Baez, and Anthony Rizzo on offense, and Kyle Hendricks and Yu Darvish on the pitching side of things.

The 2015-18 Cubs pretty much always had great depth to go with the star talent, and that was a huge reason why they won a World Series and reached the NLCS three times. This year’s team doesn’t appear to have such depth, and that lack of depth would quite likely show up over 162 games. But it may not matter nearly as much over a 60-game schedule, and the Cubs have star power capable of carrying the team over a 2-3 month run.

Now we’re officially at the tier where it’s impossible to be sold on the team, but there’s a lot of upside to like.

The Padres were a 70-win team last season that finished in last place in the NL West. It’s very possible that they’re still bad. But it’s also possible that this team takes a huge step forward, especially in just a 60-game format.

"I'm coming for him."#Padres rookie sensation Chris Paddack was talking a big game before his matchup with #Mets rookie slugger Pete Alonso tonight, and he backed it up, striking him out on 4 🔥 pitches, with strike 3 being the fastest pitch he's thrown in #MLB so far. pic.twitter.com/KBIovqqUdV

21-year-old Fernando Tatis Jr. is already one of the best players in the NL, and it wouldn’t at all be surprising to see him win the MVP in his second season. Then there’s Manny Machado (still just 27), who’s fully capable of MVP-level performance himself. The Padres have several intriguing young arms, including hard-throwing right-hander Chris Paddack, who had a 3.33 ERA in 26 starts as a rookie last season. And the bullpen could be excellent, led by arguably the best reliever in baseball, Kirby Yates (1.19 ERA, 1.30 FIP in 2019).

FanGraphs give the Padres the exact same World Series odds as the Reds, who are sixth on Bovada’s odds.

Arizona has a middle-of-the-pack offense and pitching staff on paper, but they find under-the-radar ways to win games. The 2019 Diamondbacks (85 -77) led the majors in FanGraphs’ baserunning metric, and ranked second in defensive runs saved (DRS).