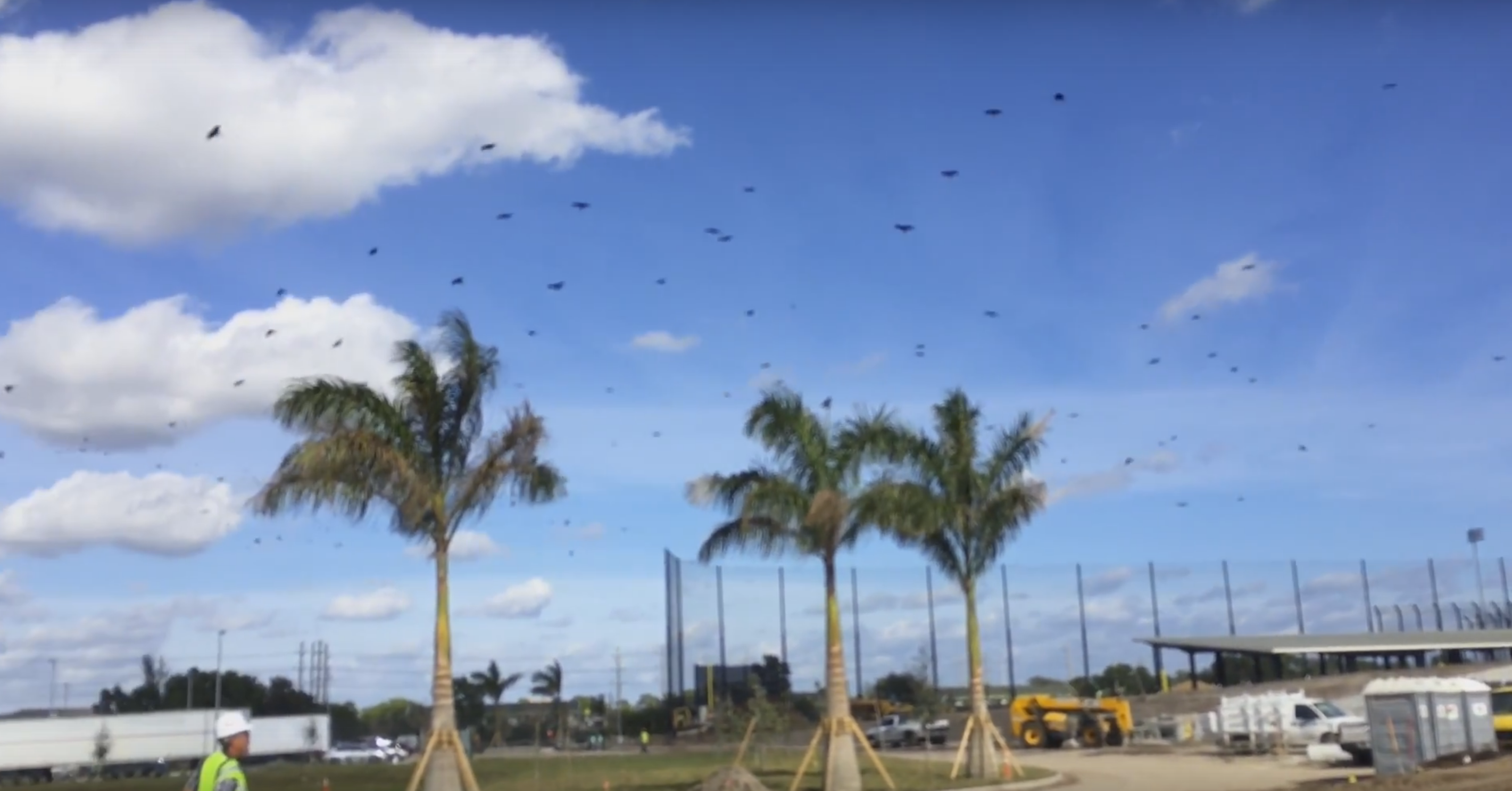 The Houston Astros and Washington Nationals are moving into a new shared Spring Training home in February, and the Ballpark of the Palm Beaches looks beautiful.

There are, however, a couple of problems. For one thing, construction on the new ballpark is a bit slow-going, and players might have to dodge construction workers in the early days of camp.

For another thing, there are birds. Lots of birds. Like, so many birds.

According to the Palm Beach Post, hundreds of birds have been flying over the new ballpark and landing on whatever they can find, including batting cages and light towers.

It turns out this problem might only get worse when fans show up. Via the Palm Beach Post:

The ballpark, just south of 45h Street between Haverhill Road and Military Trail, is just a mile or two from the Palm Beach County landfill on Jog Road north of 45th Street.

“I think it will be a common occurance because of the proximity to the landfill,” said Ricardo Zambrano, a wildlife biologist with the Florida Fish and Wildlife Conservation Commission.

Zambrano identified the birds as“fish crows,” scavengers that can be found picking through trash cans at the beach.

“Once the baseball stadium opens, with fans eating French fries and food, I’m sure they will be hanging around more,” he said.

It’s always exciting to have some animals around the ballpark—remember the Cardinals’ rally squirrel?—but you can see why hundreds of birds flying overhead could be a little distracting to people trying to play a baseball game and disconcerting for fans trying to watch one.

Hopefully the Nationals and Astros will figure out a way to get the birds out of there.