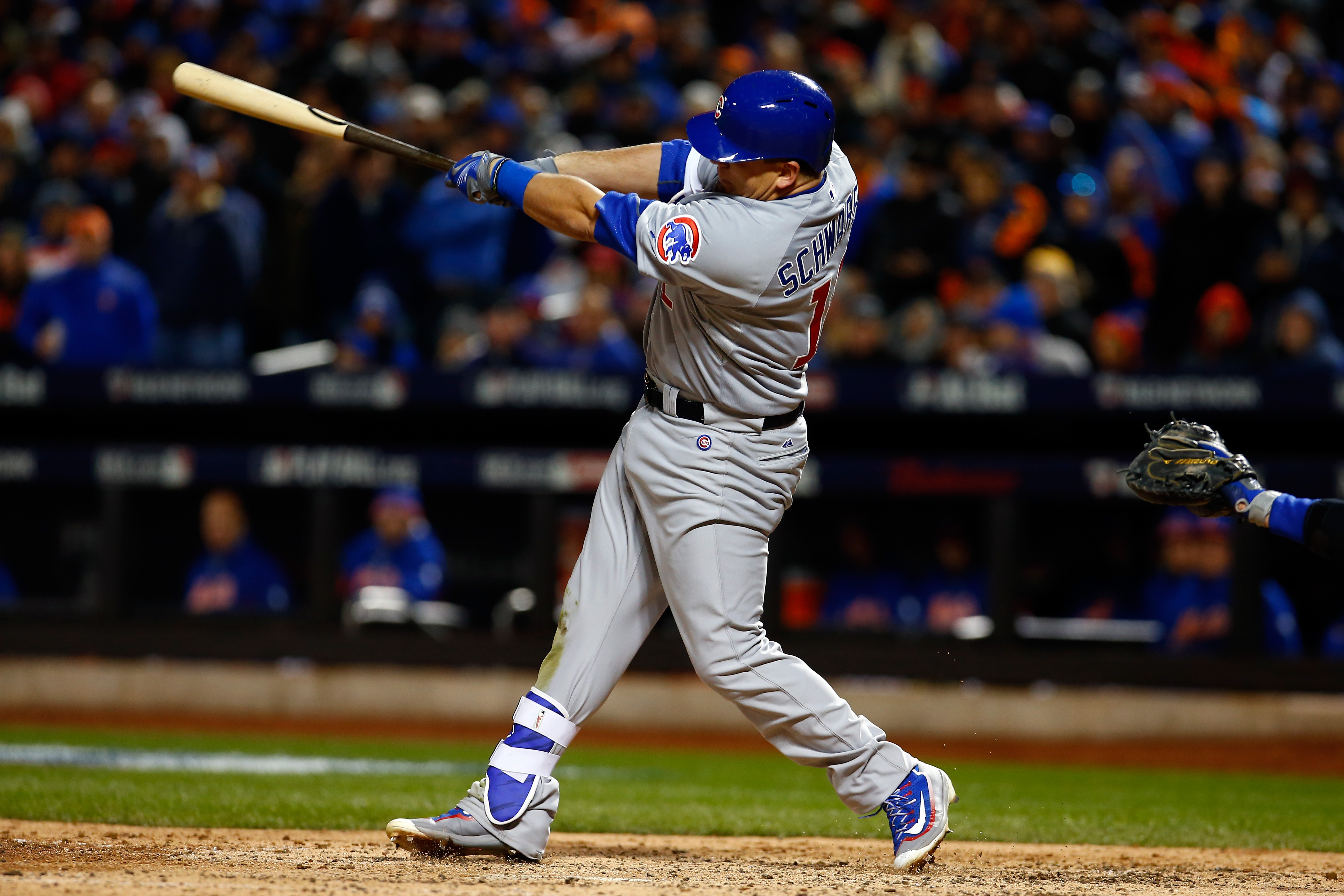 Let’s talk about narratives. Legitimate narratives, not the #narratives that are thrown around in sports media and rightfully lampooned.

You’ve seen plenty of the latter (the Cubs are cursed! Steve Bartman! Jon Lester can’t throw to first!) already, despite their lack of merit. (Respectively: curses aren’t real, it wasn’t Bartman’s fault, and runners really haven’t stolen at crazy rates against Lester, not to mention he does a fantastic job at preventing baserunners in the first place.)

Those are forced narratives, the tool of the lazy sportswriter or broadcaster or fan. They attempt to bend and contort reality into a preconceived template, regardless of what’s actually happening on the field. Which is too bad, because normally what’s happening on the field is plenty good enough on its own.

One of these franchises is going to end their drought. A parade will be thrown on a cold day in the Midwest, and crowds will still turn out in massive numbers. Players will shout things into microphones like “Sure it’s cold, but we wanted to celebrate with the best fans in the world! We wouldn’t miss this for anything!”

As a Cubs fan, (full disclosure) I obviously do want that city to be Chicago. I’m not saying it would mean more to Chicago fans than it would to Cleveland fans. That’s a #narrative. But selfishly, it would absolutely mean more to me, and to people I know personally, and I’ll be losing my mind tonight, because my favorite team has a chance to win a championship.

Kyle Schwarber was the breakout playoff star for the 2015 Cubs. Last year’s Javy Baez, if that helps. He smashed five homers in nine playoff games, starting with this one against the Pirates in the NL Wild Card game:

Good heavens. Schwarber was projected for more offensive greatness this year, only to be injured in a freak collision in left field during the fourth game of the season. That was supposed to knock him out for the year.

And it would have, had the Cubs not made it to the World Series. Instead, six months after surgery, Schwarber was cleared to resume baseball activities. He immediately started hitting in Arizona, impressed enough to be added to the Cubs’ Arizona Fall League roster, and as of Tuesday morning was added to the World Series roster. He’s expected to DH in Game 1.

General manager Jed Hoyer gave a fairly reasonable explanation as to why they made the call to bring Schwarber in after the lengthy layoff, to take what will likely be some of the team’s most important at-bats since 1945:

The Cubs didn't overthink the Kyle Schwarber decision. As GM Jed Hoyer said Monday: "It's because we think he can hit a homer, honestly."

Which I’m sure is exactly what the front office thinks. But I also think that even Theo Epstein isn’t immune to the power of a good narrative. If Schwarber did homer, or come up with a big hit, or work a lengthy walk in front of another big hit, it’s not just anyone doing it. It’s Kyle Schwarber, 2015 playoff hero, coming back despite impossible odds and coming up big as the Cubs try to end their 108-year World Series drought.

Objectively, and I think I can speak for both Chicago fans and neutral observers: that would be awesome.

From a baseball standpoint, there are reasonable cases to be made that playing Schwarber isn’t the right call. The Cubs are a deep team, with a few natural DH-type players on the roster already. Were Schwarber not available, Cub fans wouldn’t be upset that Willson Contreras or Jorge Soler were getting extra at-bats. And maybe those guys should be getting the at-bats anyway, because hitting major league pitching is hard!

It’s very hard. The Cubs are essentially saying that even at 75 or 80 percent (which seems fair to estimate given his layoff) Schwarber is a better option than Chris Coghlan or Jorge Soler. There are a few other considerations, of course. For example, using Schwarber also allows the Cubs to maintain their catching versatility, with Contreras available on the bench to face a tough lefty reliever (and with Andrew Miller, the Indians have maybe the toughest one of those) and remain in to catch if necessary.

Baseball-wise, it’s defensible, and intriguing, and the Cubs aren’t a team that would do something that made no on-field sense just for a chance at a narratively satisfying moment. But I do absolutely believe that one of the reasons the Cubs are willing to do this is that, well, it’d just be so cool if it worked out.

If after every tangible factor is measured, it all seems even, don’t you have to consider the intangible factors? Even the most cold-blooded analytical baseball executive would be tugged by the narrative, right? Even subconsciously?

So in Game 1, you’ll hear Joe Buck talk about curses and droughts, and you’ll see runners dance off first with Jon Lester on the mound, and they may or may not take second base. Those are things we know already.

But you might see Kyle Schwarber smack another bomb. Or maybe Javy Baez shows off his knack for the highlight reel moment. Or maybe Corey Kluber shuts down the Cub hitters. Or maybe something else happens that’s impossible to foresee, yet shapes the storylines going forward.

Those are the organic narratives, and they’re plenty great.

I can’t wait to watch.