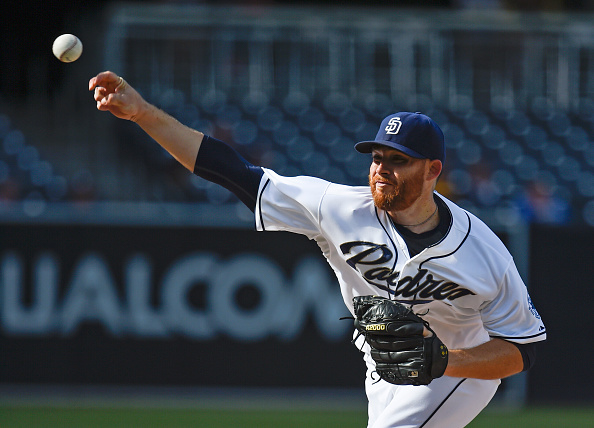 Winning the offseason is probably the least important thing a team can do, but it’s February, football is over, and there’s nothing significant to talk about until April. So, it’s time for offseason winners and losers!

Starting pitchers: If parents ever needed a reason to force their kids to learn how to pitch, this offseason provided it. Starting pitching is what seemingly every team wants and needs, and they paid through the nose for it this winter. David Price and Zack Greinke both scored contracts worth well over $200 million. Jeff Samardzija got $90 million after being one of the game’s worst starting pitchers in 2015. Somehow, Ian Kennedy received $70 million. The list goes on and on, with marginal-to-good starters getting big deals and the elite pitchers breaking the bank. Next year’s crop of free agent starters is significantly weaker, so it (literally) paid to be a starting pitcher in this market.

Chicago Cubs: They added two of the most sought-after free agents on the market in Ben Zobrist and Jason Heyward, and strengthened their rotation with the addition of John Lackey. They were already a team to be reckoned with in the National League and the moves they made make them the early favorite to reach the World Series; whether or not they can live up to the enormous expectations that will be thrust onto them remains to be seen. But, that’s a worry for another day. The Cubs managed to add another superstar young player to their already impressive collection, plus they brought in two veterans with World Series rings on their resumes. That makes them big winners.

San Francisco Giants: They entered the offseason with two enormous holes in the starting rotation and question marks in the outfield. They addressed those needs swiftly, signing Samardzija and Johnny Cueto to slot behind Madison Bumgarner and adding Denard Span to their outfield mix. But their biggest win may have been what they paid, taking advantage of a down market on all three while betting on bounce-backs. They think Cueto’s struggles in Kansas City were a blip on the radar, that they can fix Samardzija’s issues, and that Span will return to form and health. And really, how can you bet against them at this point? Oh, and they managed to sign Brandon Crawford to a team-friendly extension, too. Winners.

Arizona Diamondbacks: This is a tough one. The D-Backs completely ravaged their farm system and made a few puzzling moves, but if their intention was to compete for a playoff spot in the short-term, then they are clearly winners. Adding Greinke was the shock move of the winter, and they quickly followed that up by trading for Shelby Miller, giving them a much improved rotation. They addressed the glaring need at the back end of their bullpen by adding Tyler Clippard on a reasonable deal. Pitching was their big weakness, and now Arizona’s impressive offense might finally have the help it lacked last year. In a stacked division, the Diamondbacks sacrificed their future for a shot at the present. Maybe it’ll work, maybe it’ll blow up in their face (hello, 2015 Padres), but for now, it makes them winners.

Detroit Tigers: No team may have had as extensive of an offseason makeover as the Tigers, but they needed to make big moves if they had any hope of keeping up with the Royals in the AL Central. They did just that: they added Jordan Zimmerman and Mike Pelfrey to remake their rotation, traded for/signed a trio of late inning relievers led by Francisco Rodriguez to strengthen their bullpen, and brought in Cameron Maybin and Justin Upton to strengthen the outfield. It was an impressive haul, and one that could position Detroit for a Postseason run if everything falls into place.

Washington Nationals: They managed to sign Daniel Murphy, if that makes their fanbase feel better. But the Nats lost out on every free agent they were rumored to have interest in, and it’s hard to see how they’ve improved after losing Zimmerman, Span, and (likely) Ian Desmond (another strong “loser” candidate this offseason). This is a team with World Series aspirations, but they did next to nothing to improve their standing in the division and close the gap with the Mets. It’s tough to classify this winter as anything less than a failure.

Draft pick compensation: The puzzling system of punishing free agents by forcing teams that sign them to give up a draft pick seems to be nearing its end with the next round of labor talks likely to address and change the issue. There’s no denying it’s hurt the cause of some free agents, notably Desmond, Dexter Fowler, and Howie Kendrick, with Kendrick coming out and deriding the system after he found a lukewarm market for his services. It’s a system that never made much sense to begin with, and it’s a good sign that baseball seems ready to move away from it.

Solid, unspectacular outfielders: Starting pitching won the day this winter, but the market for good outfielders who could all help a lineup seems to have dried up. Fowler, Marlon Byrd, Ryan Raburn, Austin Jackson, and Will Venable are just a few of the players who can still play but haven’t yet found a home. While there’s still time, it’s getting late in the offseason and rosters are filling up. It wouldn’t be a shock to see some of these guys sign short-term deals and hit the market again next year.

Cleveland Indians: The Tribe have one of the best starting rotations in the league and are an offensive upgrade or two away from being legitimate contenders in the American League. This seemed like the offseason for them to make the necessary moves, but instead all they’ve done is added Rajai Davis and Mike Napoli. Nothing against those two, but that’s probably not enough to push them ahead of the other teams in the strong AL Central. One of the outfielders from the entry right above this one would probably help a lot, but don’t hold your breath. The Indians seem to be going the cheap route this winter.

Colorado Rockies: What a weird offseason. They aggressively pursued Gerardo Parra even though they were set in the outfield, signed him, and then traded away a younger, cheaper, arguably better outfielder in Corey Dickerson for…a reliever in Jake McGee. They also added Jason Motte and Chad Qualls to their bullpen, but it’s hard to see how they’re any better than they were last year. In a stacked division, Colorado’s main goal seems to be avoiding 100 losses. After their offseason, it’s hard to say if they’ll be successful.