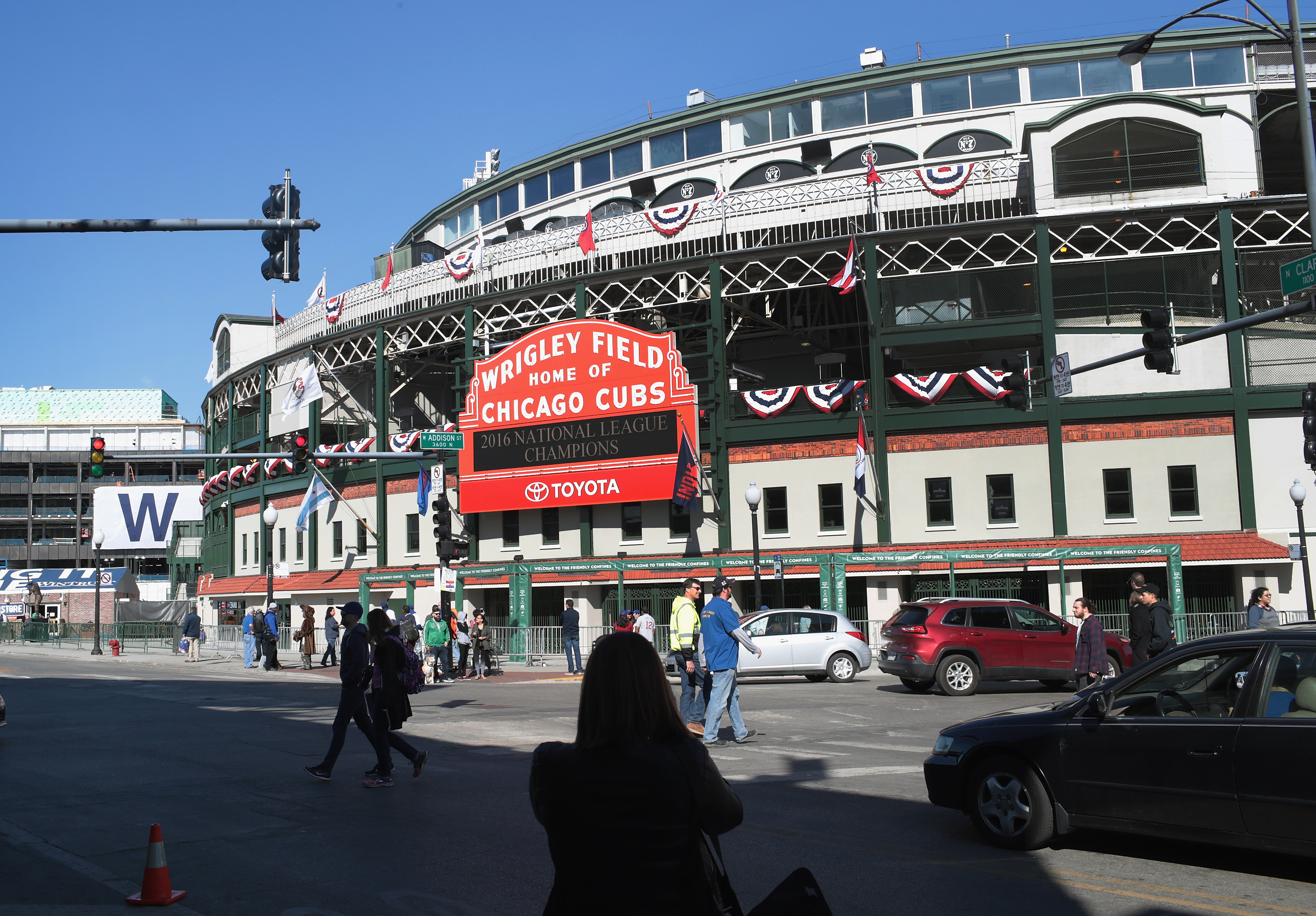 The World Series resumes Friday at Wrigley Field. Both teams could reasonably look at the 1-1 series standings and be satisfied with their positioning heading into what amounts to a best-of-five series for the championship.

This is an obviously pivotal three-game set at Wrigley this weekend, though, to be played under National League rules. That adds a few wrinkles for both teams, especially when it comes to the story of the Series, Kyle Schwarber.

For the Cubs, Kyle Schwarber’s return was a fantastic story, but it’s become even better, as through two games he’s 3-for-7 with two walks and two runs batted in. He’s struck out four times, but hasn’t really had a bad at-bat. Indeed, he’s looked comfortable and in command of the strike zone to an almost unbelievable degree. It really is hard to believe what he’s doing, as has been noted by just about everyone.

Schwarber suited up as the DH in Cleveland, but heading to Chicago, he’ll be relegated to pinch-hitting duties, as he wasn’t medically cleared to play the field defensively. Even if he had been cleared, it wasn’t a given that he’d start. That might sound crazy, given how good the bat has looked. But preventing a run counts just as much as producing a run, and though Schwarber could very well be average in left field in time, he wasn’t going to be at that level after not tracking fly balls for six months.

It also would have been further risk, and with a potential Game 6 and 7 looming, along with three likely high-leverage pinch-hitting appearances at home, he’ll still have a role to play. That’s all icing on top of an incredibly large cake for the Cubs.

Without Schwarber in an outfield corner, it might be time for Jason Heyward to be recalled from the bench. Having been passed over for a disappointing Chris Coghlan and Jorge Soler in the first two games of the series, Heyward’s defense behind Kyle Hendricks should be attractive to Joe Maddon. Combine that with a potentially favorable matchup against soft-tossing Josh Tomlin, and it could be the perfect scenario for Heyward to make his first World Series start. (He also scorched a line drive to center late in Game 2.)

Speaking of Hendricks, he makes his first start since a dominant performance to close out the NLCS, and has been ridiculously good at Wrigley in 2016, sporting a 1.32 ERA at home. On paper, that’s a very favorable matchup for the Cubs, as Cleveland’s Tomlin has a 4.40 ERA on the season. Both pitchers will have to contend with Carlos Santana, as Cleveland plans to start the normal DH in left field. That’s an issue for Hendricks as Santana is obviously a dangerous stick. It’s an issue for Tomlin as well, though, because Santana is probably going to be very poor in the field. With high winds in the forecast, it could get ugly if too many balls are hit Santana’s direction.

But this is the trade-0ff of the National League system, and it also demonstrates the versatility of the Cubs roster, which is not an accident. They’re well-suited for both leagues. The weekend’s pitching matchups serve as another illustration of relative depth. Cleveland is going with a three-man rotation, meaning Game 1 hero Corey Kluber will start Saturday against John Lackey on three days’ rest, with Trevor Bauer doing the same on Sunday against a returning Jon Lester.

This is a situation forced by injury, as Cleveland’s No. 2 and No. 3 starters (Carlos Carrasco and Danny Salazar) went down late in the season. Salazar is available out of the bullpen, perhaps for long stints, but Francona has said he’s not an option to start at this point. That lines Kluber up to start three games, should the series go seven, something that hasn’t been done since Curt Schilling in 2001. (Meaning that if things trend that way, Corey Kluber will be working for Breitbart in 2031.)

Cleveland does still have what is almost literally an ace in the hole in reliever Andrew Miller, but it’s hard to ask a reliever to pitch three games in three days, especially when Miller’s best usage in the postseason has been as a multi-inning stopper. If anyone can do it, Miller can, but would Cleveland be sacrificing effectiveness by asking him to do so? We might find out.

Both teams have a road map to the championship. For the Cubs, it’s continuing to beat up on Bauer and Tomlin, making them work and forcing Terry Francona into using his lower-tier bullpen arms as he did in Game 2. With a lead, the Cubs’ offensive style combined with their excellent pitching and defense makes for an incredibly formidable opponent.

For Cleveland, it’s winning all three of Kluber’s starts, and hoping that the offense can get going. The best way to negate the Cubs’ defensive wizardry is to hit the ball a very long way, and going with Santana in the outfield is a sign they intend to attempt just that. If the wind is blowing out at Wrigley, that’s very possible, regardless of who’s pitching.

It should be a very fascinating weekend of baseball.