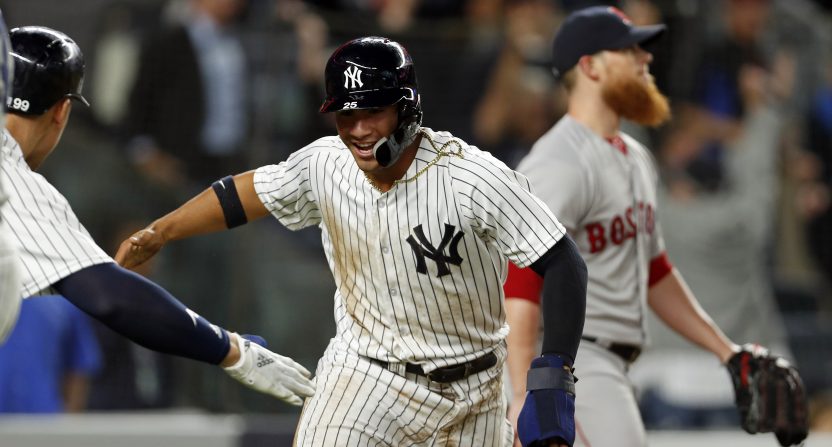 Just a few weeks ago, the Mets genuinely looked like the best team in New York. They were off to an 11-1 start, ahead of the NL East field and already six games up on the rival Nationals. At the same time, the crosstown Yankees had started slow, while watching the Red Sox go 17-2 and seize a 7.5-game division league. Amid all that, The New York Post declared that the “Mets have looked like [the] team [the] Yankees were supposed to be.”

And that’s why you should never trust April baseball.

Now, New York’s two teams are headed in opposite directions. The Yankees have won an incredible 16 of 17 games to grab a one-game lead on the Red Sox, while the Mets have lost eight of nine to tumble into fourth place in their division. The Yankees have had everything go right, winning close games behind a fearsome rotation and a cast of sluggers, while the Mets have had everything go wrong, with injuries, slumps, lineup mishaps and whatever the hell happened to Matt Harvey. Suddenly, it’s the Yankees who look like a playoff lock and the Mets who appear to be in for a long season.

Some of these teams’ changing fortunes owe to the play of their respective division rivals. The Red Sox looked invincible over the season’s opening weeks but have fallen back to earth since, giving the Yankees and opening in the AL East. The Nationals, meanwhile, have recovered from their poor April to win nine of 11 games, as the Braves and Phillies have continued their somewhat surprising strong play. It all goes to show that early-season standings are influenced by all kinds of factors, most of which can change in an instant.

None of this is to say that the Yankees will go on to win 110 games and the World Series while the Mets will tumble below .500 and miss the playoffs by 10 games. Overreacting to the past few weeks would be no wiser than overreacting to the opening few weeks. The point here is that you can’t judge a baseball team on only a handful of game, and it’s dangerous and misleading to try, whether it’s a random 20-day sample in August or the first 20 days of the season.