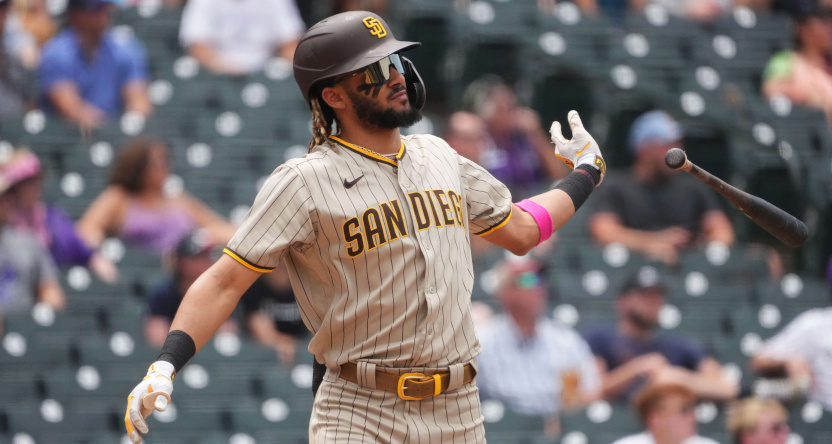 Major League Baseball is a youth-driven league that refills the void left by aging players who can no longer compete at a world-class level. And although it often takes time for these young guns to mature and become the game’s next generation of superstars, there is a handful who burst onto the scene and are All-Star ready as soon as they are called up to the big leagues. Below we will focus on MLB’s youngest stars and where they are headed.

Imagine being 22-years-old and making $100,000 per year. Quite an accomplishment, right? And one that would allow you to drive a nice car, pay your bills, and chart a course for a bright future. Now think about a 22-year-old named Fernando Tatis Jr. who recently signed a 14-year, $340 million contract extension with the Padres. Where does the kid go from here?

Well, many believe the Padres got him on the cheap because by the time he reaches his prime, that $24 million per annum pact will be a bargain. Consider that in his rookie season, he hit .317 with 22 home runs and 53 RBI over just 84 games before a back injury ended his season prematurely. It’s not surprising that according to the MLB live odds the Padres are serious contenders to win the NL pennant, behind only the Dodgers, and that is due in part to Tatis’s big stick in the heart of the San Diego lineup.

The 2018 NL Rookie of the Year holds a hammer at the plate and is a thief on the basepaths. There is nothing he can’t do on the baseball diamond and yet he is still only 23-years-old with a limitless ceiling.

The Braves knew what they had from the beginning and wisely chose to make Acuna the youngest player ever to sign a deal of $100 million or more, which was also the largest for any player with less than a year of service in the league. Atlanta will have the pleasure of watching this young power hitter for many years to come after the team inked him to an eight-year pact.

Juan Soto is only 22 -years old and is already in his fourth MLB season with a World Series title on his resume. Oh, he also won the National League batting title in last year’s truncated season with a .351 average and was a Gold Glove finalist in 2019.

Soto is the prototypical five-tool player and is a Hall-of-Famer in the making, having already accomplished more in three full seasons than most players will over their entire careers. The Nationals have control of him until 2025 when he becomes a free agent. Will they attempt to sign him to a long-term deal before then, as the Padres did with Tatis? Only time will tell.

After showing signs of greatness in his first two seasons, Vladimir Guerrero Jr. is flexing big-time this season. Through two months, Guerrero is hitting at a .337 clip and already has 16 dingers on the young season. One of those home runs was measured at coming off his bat at greater than 117 miles per hour and landed 461 feet away, which ties him for the longest home run with any Blue Jays player since Statcast began tracking such things.

Many know that Vlad Jr. has quite a pedigree considering his father, Vladimir Guerrero Sr. had won the AL MVP in 2004 and ended his career as a nine-time All-Star, whose bust currently resides in Cooperstown. Vladimir Jr. is on a similar trajectory and has all the talent to propel him to similar heights. Perhaps one day, he will take his place among the pantheon of legendary players and reside with his dad in the Baseball Hall of Fame.

Boston’s hot-shot at the hot corner, Rafael Devers, is almost too old to be put on this list and when one considers his middling 2020 campaign, there would be a reasonable debate about eliminating him entirely. But we won’t because his 2019 season told us of his vast potential.

Devers ended that season with a .311 batting average, 32 home runs, and 119 RBI in only his third MLB season. Despite 2020 being a disappointing year by his lofty standards, there is little doubt that Devers is the real deal and will be a mainstay in the Red Sox lineup for years to come.

In one of the early games this season, Devers crushed a 452-yard bomb against Baltimore and his manager, Alex Cora, had this to say, “He has been hitting the ball hard. When he starts controlling the zone, good things happen. That was a good swing.”