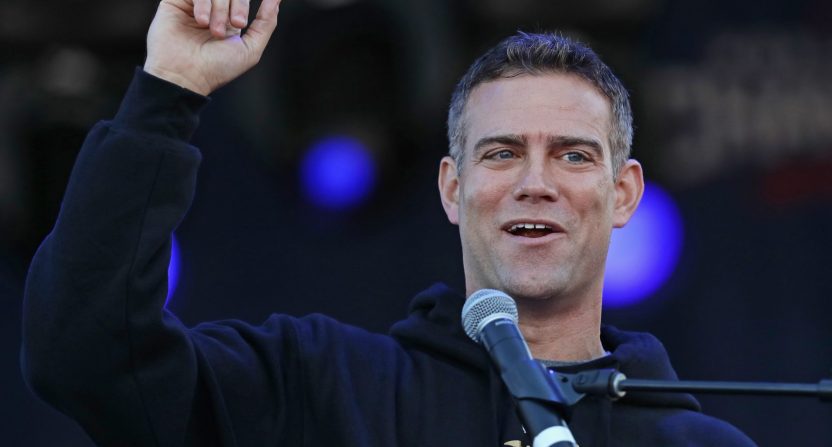 After nine seasons in charge of the Chicago Cubs, Theo Epstein is stepping down from his role of president of baseball operations, the team announced today.

Theo Epstein will step down from his role as President of Baseball Operations effective Nov. 20 and depart the organization after nine seasons.

Jed Hoyer, who joined the club in Nov. 2011 as Executive VP/General Manager, will be named President of Baseball Operations. pic.twitter.com/SDeF826SFH

Epstein outlined a bit of his thinking in a letter to friends, as reported by Jeff Passan:

Epstein says in the letter he will spend time with family and work with non-profits, including his Foundation to Be Named Later and The Players Alliance.

"I do plan on having a third chapter leading a baseball organization someday, though I do not expect it to be next year."

Epstein has been with the Cubs since leaving Boston after the 2011 season. He presided over a complete teardown and rebuild, intentionally sucking for three seasons with the goal of clearing out payroll room to go after top free agents while also securing high draft picks. It’s a strategy that worked in the one way he would have wanted, when the Cubs captured the 2016 World Series with a roster full of players Epstein either acquired or drafted (albeit a few, like Javy Baez, predated his time with the team.)

After 2016 (and 2015, which saw the Cubs win 97 games and make the NLCS), the team returned to the NLCS in 2017, losing to the Dodgers. In 2018, they lost a divisional tiebreaker and then a Wild Card playoff game, and then in 2019 they missed the postseason entirely. In 2020’s weird year, and what ended up being Epstein’s last with the team, the Cubs made the playoffs only to be swept by the Marlins in two games.

As this is the Cubs, though, that run still qualifies as the most sustained success in more than a century, and the World Series win certainly cemented Epstein’s legacy in the minds of Cubs fans. Combined with his Red Sox World Series win, he’s a lock for the Hall of Fame, whether or not he ever works for another team. The post-World Series era was hamstrung by some missteps, certainly; his Cubs organization never managed to develop the kind of pitching depth required to stay competitive, and some of their young players plateaued or regressed for a variety of reasons.

But Epstein was also dealing with an ownership group that never really seemed to step up to the plate when it came to payroll flexibility, certainly not on par with other leading teams in MLB. The last few seasons, especially, seemed like Epstein was caught out by a payroll that was much different than he’d been expecting to work with, forcing the team to go the last two consecutive offseasons without adding anything of note to a roster that had clear needs to be addressed.

Still, 2016 is going to be what he’s most remembered for in Chicago and elsewhere, and given his track record, it’s hard to imagine he’ll be anything but successful with whatever he decides to do next.

Hoyer, meanwhile, has been with the Cubs for nearly as long as Epstein. He was one of Theo’s first hires, and was always the clear successor. Whether Hoyer will make moves to deviate from his predecessor will be interesting to watch.