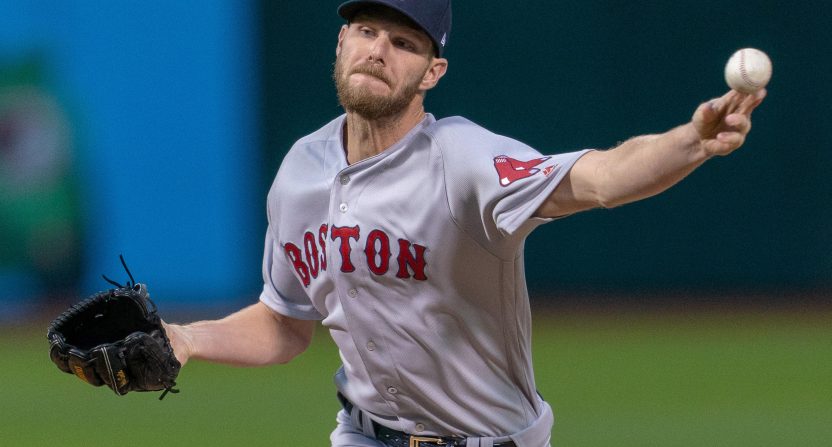 The Red Sox and Yankees play a mini two-game series this week in the Bronx, and as expected, both games will be aired nationally (and most national MLB coverage throughout this week will be focused on the two games). But while there will be plenty of attention placed on the two games off the field, the series on the field couldn’t get much more depressing.

First off, there is the performance of both teams this year. The Yankees have stumbled to a 6-9 record, while the Red Sox are even worse at 6-11. Boston hasn’t won a series all year, losing its first three of the year (all on the road) to the Mariners, Athletics, and Diamondbacks before splitting its last two (both at home) to the Blue Jays and Orioles. New York has won just one of its five series on the season, a three-game sweep in Baltimore. They’ve lost series at home to the Orioles, Tigers, and White Sox, and were swept in Houston by the Astros. Overall, against teams that are not the Baltimore Orioles, the Red Sox and Yankees are a combined 6-16.

Injuries have also devastated the Yankees. New York has a whopping 12 players on the IL, and while not all of them are short-term injuries, plenty of significant players are out, including Miguel Andujar, Dellin Betances, Didi Gregorius, Aaron Hicks, Gary Sanchez, Luis Severino, and Giancarlo Stanton. Boston only has three players hurt, with the most significant of the trio being utilityman Brock Holt.

Some key players for both teams haven’t produced a lick this season. Chris Sale and Nathan Eovaldi, the two Red Sox starting pitchers in this series, have both had poor starts to the season. Sale’s ERA is 9.00, while Eovaldi’s is slightly better at 8.40 (though he has struck out as many batters, 10, as he’s walked this season). The Yankees counter Sale with offseason acquisition James Paxton, who has a 6.00 ERA on the season, and Eovaldi with JA Happ, another offseason acquisition who has an ERA of 8.76.

Offensively, New York has been better than Boston, even with all of the injuries. The Yankees rank fourth in wOBA and sixth in wRC+ among the 15 AL teams, while the Red Sox rank tenth and twelfth. Aaron Judge, DJ LeMahieu (thanks to a .442 BABIP), and Gleyber Torres have all raked for New York this year, while the only largely healthy starters to underperform have been Greg Bird (placed on the IL Tuesday morning) and Brett Gardner. As for the Red Sox, Xander Bogaerts (fresh off of a contract extension), JD Martinez, and (of all players) Mitch Moreland are all mashing, while AL MVP Mookie Betts, Jackie Bradley Jr, Rafael Devers, and Eduardo Nunez have failed to live up to expectations thus far this season.

The AL East as a whole has stunk through the first roughly three weeks of the regular season, with only the Tampa Bay Rays sitting above .500 at the start of play Tuesday. The Rays are 12-4 and have already opened up a 5.5 game lead in the division, thanks to an above average offense and a great pitching staff that hasn’t had to rely on the opener too much so far this year. The real marquee series this week might not be Sox-Yanks, but instead Sox-Rays this weekend.

But hey, when the Yankees and Red Sox are on the schedule, you know that the networks are going to scramble over themselves to give the series more coverage than you can handle – even if both teams are struggling, one team is missing half of its players, and the other team can’t do much of anything correctly right now.