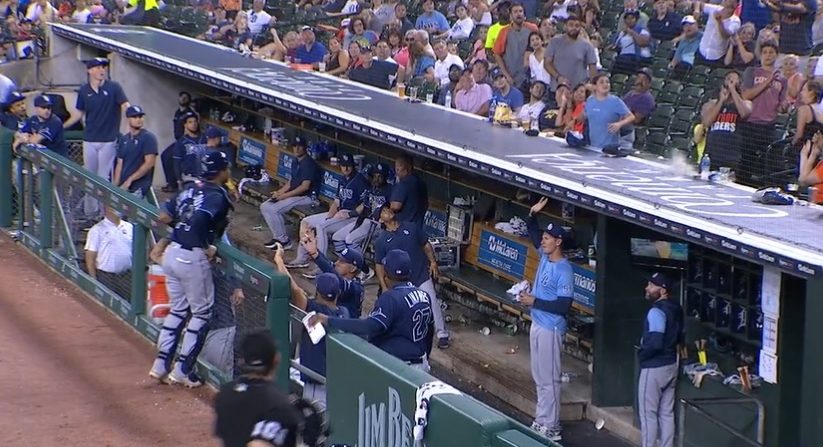 We’ve seen foul balls go both impeccably well and disastrously bad for fans at Major League ballparks this season. In Thursday night’s game between the Tampa Bay Rays and Detroit Tigers at Comerica Park, we saw both.

It started bad when a foul ball from Tigers shortstop Javier Báez landed on the first base dugout. The ball came down right in the middle of a beer that a Tigers fan in the first row was resting atop the dugout. Naturally, the beer was just about full.

The odds of a foul ball hitting your beer are low…

That was the bad part. Fortunately, things got better from there.

One, the fan clearly had a sense of humor about it. Given the high cost of beer at games, this must have been an “if you don’t laugh, you cry” situation.

But he also got not only another beer but a ball. And rather than keeping the ball, he found a nearby kid and gave it to him.

it all worked out for everybody pic.twitter.com/JbP7YzCafE

This fan can provide several lessons for fans going out to games.

One, we can learn from his mistake and not rest beers on the dugout. It’s tempting because it seems like a natural table and one of the ultimate perks of those seats. But if something seems too good to be true, it probably is.

Two, if something like this does happen, laughter is always the best medicing. This fan had a great attitude about it all. Finally, if you’re an adult at a game and you get your hands on a foul ball, you’re never going to wrong by finding a nearby kid and giving it to him or her. That young fan will enjoy the ball a lot more than you will.