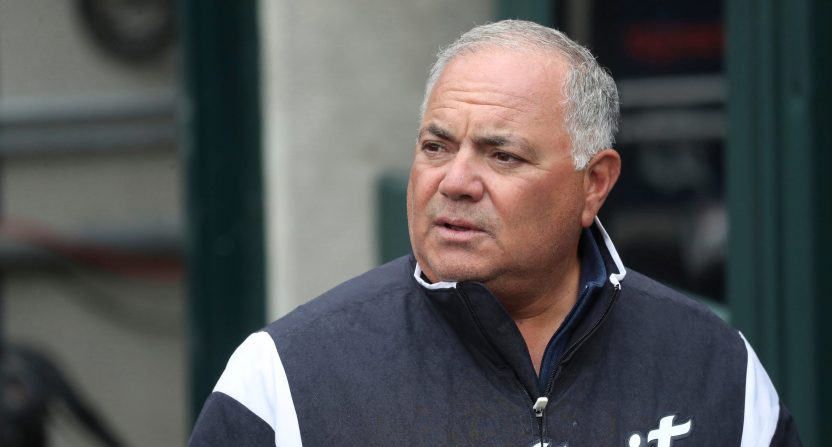 For the better part of the last decade, futility has been the name of the game for the Detroit Tigers. The Tigers haven’t reached the playoffs since 2014, have had only one winning season since and have struggled in 2022, entering Wednesday with a 43-68 record. Al Avila has been the general manager and executive vice president of baseball operations for most of that time. But on Wednesday, a change was announced.

In a statement, Chairman and CEO Chris Ilitch announced that Avila and the Tigers had “parted ways.” Ilitch also stated that he “will oversee the search process for our next baseball operations leader.”

“I want to re-establish our momentum and progress towards building a winning team and I am driven to find a talented executive to help us do that,” Ilitch said in the statement. “They’ll be entering an organization with many foundational elements in place and an exciting path forward. Tigers fans deserve winning teams, and I’m highly focused and committed to deliver that to the people of Detroit and Michigan.”

There was very little argument from the baseball world on the actual decision. Firing Avila was almost unanimously seen as the correct move.

The timing of it, though, did raise some eyebrows.

Seems odd to let a GM you probably were planning to get rid of oversee the trade deadline but that's an observation from afar… https://t.co/hI5au4MbAB

Had to happen given the worrisome direction of the rebuild. Weird to let him handle the trade deadline, but better late than never. https://t.co/XYjLLxgEgn

Why would you let him run your trade deadline and then fire him like a week later? https://t.co/Jm2ytCXh7i

There’s no denying the merits of this move. In Avila’s time as  general manager and executive vice president of baseball operations, the Tigers have had a 47-114 season, two 64-98 seasons, have had the first overall pick twice and a top-five pick on two other occasions.

Detroit has struggled on the field and its development of players has also been a mixed bag under Avila.

While 2019’s No. 5 overall pick Riley Greene has done relatively well, 2020’s No. 1 pick Spencer Torkelson struggled in the majors this season and has not found much of a groove since getting sent down to the minors. Casey Mize — 2018’s first overall pick — has shown some positive flashes but has also had some struggles. Furthermore, he’s likely out until late 2023 at the earliest, recovering from Tommy John surgery.

The timing, though, is strange. If the Tigers really wanted a different vision for the franchise, perhaps Avila should have been replaced before the Aug. 2 trade deadline. It also would have made sense to replace Avila before July 17, which is when the first round of the 2022 MLB Draft (where the Tigers were picked No. 12 overall) was held.

A case could be made that with those events done, the Tigers don’t need to rush the process of replacing Avila, not needing to have his replacement hired until after the World Series when free agency begins. But it’s also possible that the moves (or lack thereof) at the trade deadline and in the draft would have gone against the desires of the new general manager, giving that person a setback before even taking the job.

It’s hard to imagine what could have happened between those dates (particularly the trade deadline) and Wednesday to prompt Avila to get fired. So, while the move was pretty clearly the right one, the timing of it all was off.