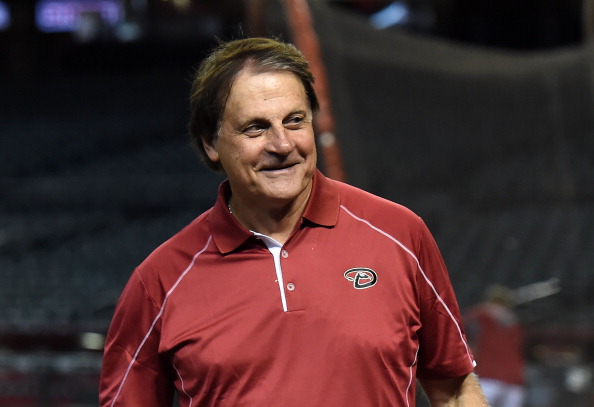 Tony La Russa has faith the Arizona Diamondbacks can turn a dismal season around in 2017.

Speaking with Steve Gilbert of MLB.com, Arizona’s chief baseball officer admitted the Diamondbacks atrocious season might have a positive result, as it will allow players and coaches to reflect on what went south and how it can be fixed.

“This will get your attention,” La Russa said of the D-backs’ struggles this season. “This is the best kind of test, because each player, [the front office] and the coaching staff has to make a personal assessment. ‘OK, what could I have done better?’ And the quality of the response will dictate if these guys are what we think they are.”

“I think I have enough experience that I bet on the group wanting to learn, and that opens the opportunity for the coaches and manager to step in and say, ‘Hey, this is how we could have won those close games.'”

La Russa’s statement is, quite frankly, absurd. The Diamondbacks aren’t a little league team trying to figure out how to win, but a professional baseball squad whose management team spent an insane amount of money and mortgaged the future via trades to win this season.

La Russa expected Arizona to challenge for the division, and currently, they’re a staggering 22 games under .500. He’s refused to call a spade and spade and won’t admit the costly Shelby Miller trade was bad.

His sudden optimism might be tied to his own gain. La Russa and implosion expert general manager Dave Stewart’s contracts are set to expire at season’s end, and the Diamondbacks let an August 31st deadline expire without exercising an option on either man’s contract for 2017. Considering the gigantic mess they’ve created in just two short years, neither deserve to be back.

La Russa said he’s got a “notebook full of comments on the year” and that his team could get “dramatically better.” Sure, the addition of injured outfielder A.J. Pollock will help, but Arizona is not in any shape to make big steps with its current roster. La Russa is directly responsible for that. The only way improvement happens is if La Russa wipes the blood off his hands and relinquishes control of the Diamondbacks roster.