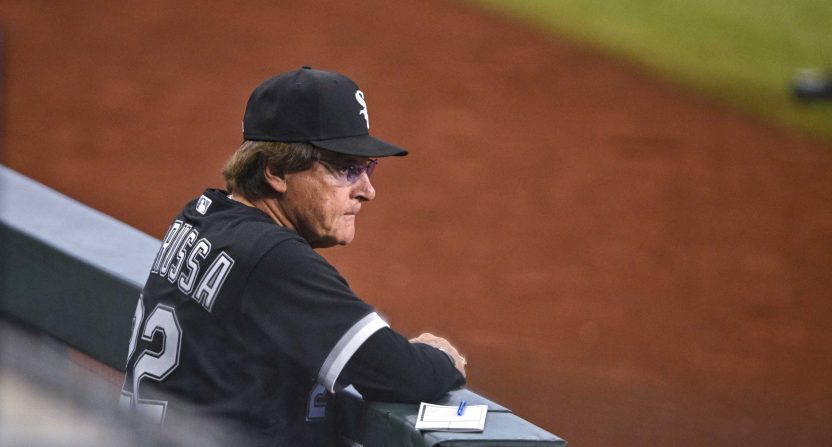 One of the funniest moments of the Major League Baseball season occurred on Monday night when the Chicago White Sox used Adam Engel to pinch run for Eloy Jiménez. It appeared as though Chicago skipper Tony La Russa made that decision at the behest of a nearby fan. As it turns out, that may not have been what happened.

In the bottom of the eighth inning, Jiménez hit a two-run double to tie the game against the Houston Astros. For a while, it seemed as though Jiménez — representing the go-ahead run, would run for himself. But a fan sitting between home plate and Chicago’s dugout wanted to see the speedier Engel in the game and yelled for La Russa to “get Engel in there.”

Shortly after, Engel was put into the game. A day later, La Russa made it known that he wasn’t acting on the fan’s request, nor did he even hear him. La Russa said that the long pause spurred by a debate, wondering if the White Sox wanted to take Jiménez out of a tie game, knowing that he could bat again if it went into extra innings. He did, however, enjoy being told about what the fan was saying.

Tony La Russa was unaware of fan yelling from stands until asked about it now. He got a kick out of it: “Make his day, tell him I heard him.”

“Ask him if he thought about the 10th,” TLR joked.

“Ask him if he thought about the 10th” TLR joked nervously. “No, seriously though. Please ask him” https://t.co/XjT3XH2hx1

But any hack who takes La Russa
word for *anything asks for trouble https://t.co/iutNBhRAim

While Engel scored what ended up being the go-ahead (and eventual winning) run, his speed didn’t play into it. After José Abreu was intentionally walked, Yasmani Grandal walked to load the bases, moving Engel to third. A single from Yoán Moncada then scored both Engel and Abreu behind him, putting the White Sox up 4-2, which stood as the final score.

Truthfully, though, even if La Russa didn’t hear the plea of the fan, he might have done well to say otherwise. La Russa has been the target of a lot of criticism in 2022. If the fans felt that their ideas might influence La Russa, they might be a little less harsh in those critiques.