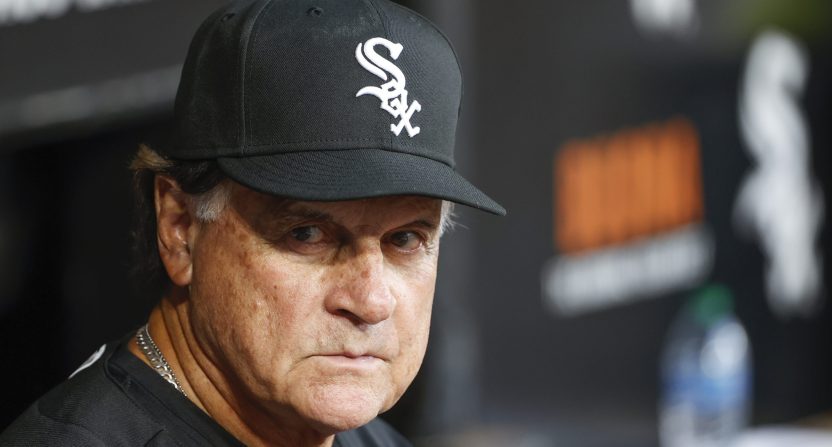 The decision made by Chicago White Sox manager Tony La Russa to intentionally walk Trea Turner in Thursday’s game against the Los Angeles Dodgers, despite the count being 1-2, was criticized by fans and analysts alike. La Russa doesn’t seem to understand why.

The move backfired in a big way on the White Sox. Max Muncy responded to Turner’s intentional walk by launching a three-run home run. That opened up a 10-5 lead for the Dodgers and ended up being the difference-maker in their 11-9 win. Despite that, La Russa was initially incredulous that the decision was even being second-guessed. But once he got past that amazement, the Chicago skipper offered up an explanation.

“Turner with a strike left is something you avoid, if you can. And we had an open base and Muncy happened to be the guy behind him and that’s a better matchup. If somebody disagrees, that’s the beauty of this game. But that wasn’t a tough call.”

Prior to these comments, it was hard to imagine La Russa’s garnering less support in the baseball world for making this decision. Stunningly, though, he made it happen.

For someone so “confident” in his decision, he seems awfully insecure https://t.co/tlsdyvYUQi

Brutal. He shouldn’t be long for the Southside. #WhiteSox https://t.co/KpbiGBor0M

dude needs to retire. he has no clue what he’s talking about https://t.co/rE8vtT4EKw

I’m no baseball expert, but having 2 strikes on a player is better than freely giving them a base, right? https://t.co/dR4RV1AkMd

If this was solely a matter of judging the better hitter, yes, Turner is better than Muncy. But entering the game, Turner was hitting .303. So — as is the case with every hitter in baseball — the odds are far more likely that he’ll be retired than not. And that’s at the beginning of the count. This was a 1-2 count. Naturally, his numbers are dramatically worse in that situation.

What a baffling decision. https://t.co/baTqHXd9OZ

Furthermore, while Muncy has struggled throughout 2022, a lot of that those struggles have been exacerbated by injuries. Now, he’s back and healthy. And a healthy Muncy is a dangerous hitter. He’s a two-time All-Star and finished in the Top-15 in National League MVP in three of the previous four seasons. This isn’t some light-hitting middle infielder that got lucky and ran into a pitch. Muncy is a genuinely dangerous hitter who did what he’s paid to do.

Finally, if La Russa was so concerned about Turner, he had another option. When the wild pitch was thrown to make the count 1-2 and open up first base, he could have gone to the mound and told pitcher Bennett Sousa to pitch Turner carefully. Ideally, Turner would chase and either strike out or make weak contact for an easy out. But, worst-case scenario for the White Sox, he takes the pitches and walks. That only creates the same situation that La Russa was all too eager to create automatically.

This decision was hard to defend. Defending the explanation is not hard, but impossible.