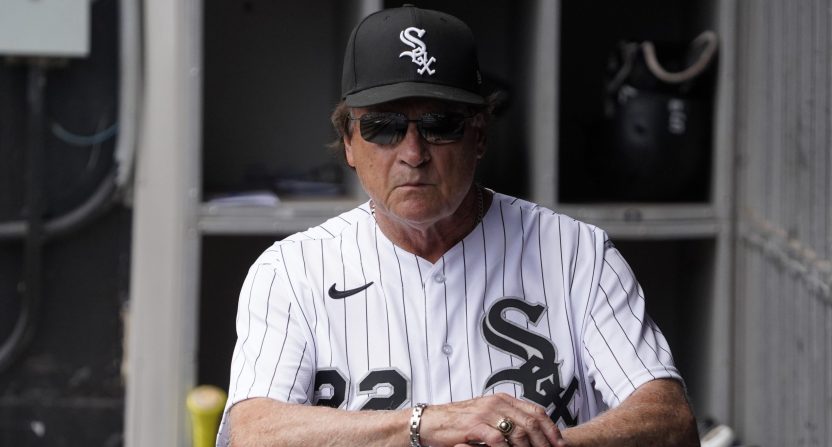 While Chicago White Sox manager Tony La Russa has been heavily criticized throughout the season, he’s not losing any sleep over it.

The White Sox were hosting the Kansas City Royals on Monday. During the game, cameras caught the Chicago skipper struggling to keep his eyes open in the dugout. Now, La Russa is not a young man. He will be 78 in October. While nodding off is not ideal by any means, it might be something we could understand if it happened late at night or towards the end of an extra-inning game.

But neither was the case here. Quite the opposite. This happened in the bottom of the first inning.

He's falling asleep and it's the first inning!!!! @whitesox please do something about this!!! pic.twitter.com/wEXht5v1Ow

La Russa isn’t exactly a darling of the MLB world. His confounding decisions and even less sensible explanations for them have been heavily criticized throughout the season.

This incident was no different.

This man is managing a Major League Baseball team. pic.twitter.com/wtzWyEBYFu

Who could have seen it coming that this wouldn’t be working https://t.co/5MT6pjHaFH

Of course, La Russa hadn’t exactly been watching baseball’s most exciting offensive team bat in the top of the first inning.

So, maybe we can cut him some slack here — but not much. A manager struggling to stay awake in the first inning of a game is hard to give a pass to, regardless of the circumstances.

The White Sox would do well to keep some coffee near La Russa at all times. Or, short of that, maybe he should wear dark shades — just in case.