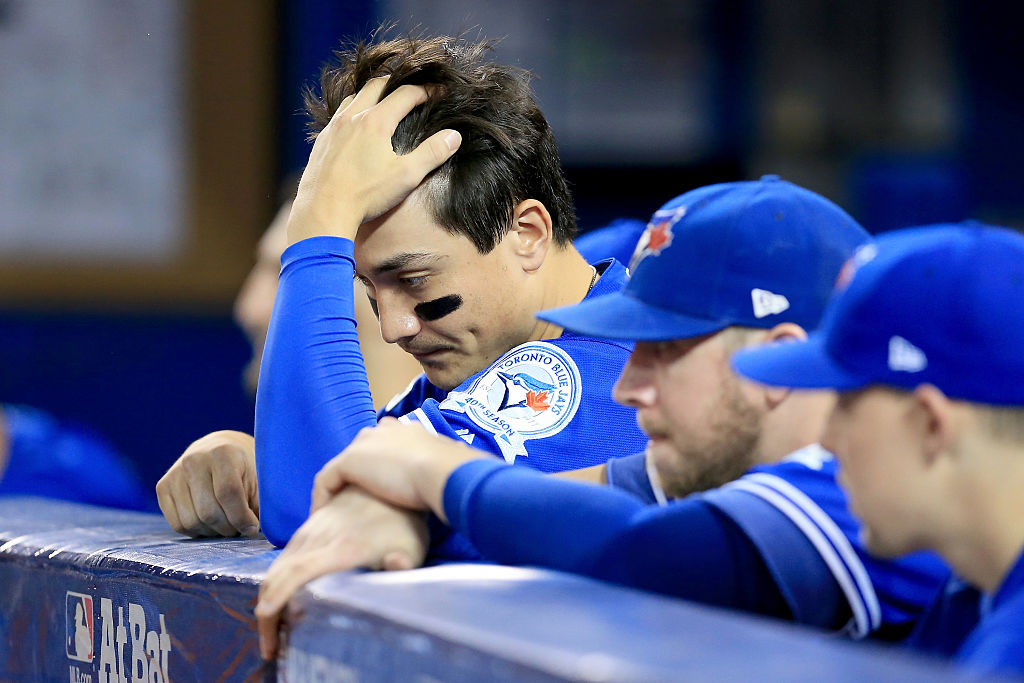 The Toronto Blue Jays checked all the right boxes for a World Series run in 2016.

Armed with a menacing middle order featuring reigning AL MVP Josh Donaldson, Edwin Encarnacion, Troy Tulowitzki and Jose Bautista, an overachieving pitching staff with the continually consistent Marco Estrada, 20-game winner J.A. Happ, and a breakout year from Aaron Sanchez, all the proper ingredients to capture baseball’s most desired trophy were there for Toronto. Still, it wasn’t enough, and the Blue Jays were bounced in the ALCS in five games against the Cleveland Indians.

Preseason Prediction: Toronto is on the cusp of something special and should be able to go on a deep playoff run in 2016. The rotation will be good enough to get them there but may falter come playoff time if a big move isn’t made. The Blue Jays will make the World Series, but lose to the Chicago Cubs. Jose Bautista is re-signed to a Yoenis Cespedes like deal, but Encarnacion walks as the team doesn’t have the funds to retain both. It should be a fun year in The Six. (Liam McGuire, March 18)

What Went Right: Despite a lax start, the Blue Jays built on the success from their 2015 breakout season.

The middle of the Blue Jays’ lineup, for the mostpart, was stellar. Toronto continued producing via the long ball, finishing fourth in MLB with 221 home runs. Encarnacion tied a career high with 42 home runs and a career-high 127 runs driven in, Donaldson launched 37 long balls, scoring 122 runs, and Michael Saunders earned his first All-Star appearance with 16 first half home runs. With a high-powered offense, Toronto picked up steam in the summer, winning 33 of 51 games in July and August to cement a playoff berth.

On the pitching side, Happ’s three-year, $36 million looked like an overpay at first, but the 34-year-old defied critics by winning 20 games with a 3.18 ERA in his second stint with the Blue Jays. Midseason acquisition Francisco Liriano turned in one heck of a late season run, winning two games in eight starts (10 appearances) with a 2.92 ERA. Closer Roberto Osuna, 21, locked down a career-high 36 saves, stymieing batters in his second season the ninth inning role. Rule 5 draft pick Joe Biagini looked like a seasoned veteran in his first MLB season, becoming a reliable late inning arm with a 3.06 ERA.

What Went Wrong: Catcher Russell Martin didn’t homer in April or March and carried a .150 average into May. While his defense was pristine, per usual, his offensive production was disappointing, and Martin finished with 20 home runs and a .231 average. Jose Bautista also didn’t have the season he hoped to entering free agency, as the 35-year-old was plagued with injuries, hitting .234 with just 22 home runs in 116 games. While Saunders posted an All-Star first half, his second half was putrid, hitting eight home runs with a .178 average in 58 games. His production was sorely missed as the Blue Jays nearly lost their playoff spot after free-falling in September.

Marcus Stroman didn’t deliver upon his promising cut-short 2015 season. The 25-year-old made it through the entire season without an injury setback, but with just nine wins and a 4.37 ERA in 32 starts, it wasn’t the next step many expected from Stroman. Meanwhile, staff vet R.A. Dickey continued to age like spoiled milk, posting below-replacement level numbers across the board, with a 10-15 record in 30 starts. The bullpen outside Osuna, Biagini, and Jason Grilli was inconsistent and constantly reshuffled. Eventually, a groove was found by John Gibbons and Mark Shapiro, but with nearly 30 relievers appearing for Toronto throughout the season, a stronger, more experienced group would serve the team better.

Most Surprising Player: The innings-management issues aside, Aaron Sanchez took a star turn in 2016. The 24-year-old right-hander won 15 games and lost just twice in 30 starts, closely approaching the 200 inning mark. The hard-thrower refined his pitching arsenal, expanding his repertoire to be more than a one-pitch starter. The result was career-best command, decreasing his BB/9 from 4.3 to 3.0. Sanchez rightfully earned his first All-Star appearance and re-established himself as a potential front-line starter, heck, he’s already there. The best is yet to come, especially with no innings limit in 2017, which is music to the ears of Blue Jays management and fans.

Most Disappointing Player: I can’t say Bautista’s season was a disappointment due to regression, because as mentioned above, he dealt with nagging injury issues and never seemed fully comfortable in the outfield with the Blue Jays. Unfortunately, that doesn’t make Bautista’s .234 average any less real. What should have been an amazing last hurrah in Toronto turned out to be a largely forgettable season for Bautista. Boasting in a losing position also did him no favors in the playoffs. He’s one of the best, if not the best, hitters in Jays history, but his last season could have gone much, much better.

The Future: One word: Unclear.

With Encarnacion and Bautista’s pending free agency, Toronto’s next step is solely on how the situation unfolds. Bautista, for all the good he’s done in the Six, is likely a goner considering his high contract demands and lackluster performance. The Blue Jays should go all out to sign Encarnacion, who’s likely going to earn a triple-digit contract despite his defensive deficiencies. Re-signing both is ideal, but re-signing Encarnacion is a must if Toronto wants to continue to content.

John Gibbons status also isn’t guaranteed. He will be back in 2017, but the Blue Jays skipper has seemingly always been on shaky standing with Shapiro. He wasn’t Shapiro’s hire and his in-game management skills have received mixed reviews across the league. For continuity’s sake, letting him go would be a mistake. Good on Shapiro for realizing that and giving him one last chance.

If neither Bautista or Encarnacion are re-signed, Shapiro has an interesting decision to make. Does he try to add to an older team and hope to continue to contend or does he start a new rebuild and replenish a largely diminished farm system? Right now, there are more questions than answers for the Blue Jays going forward.