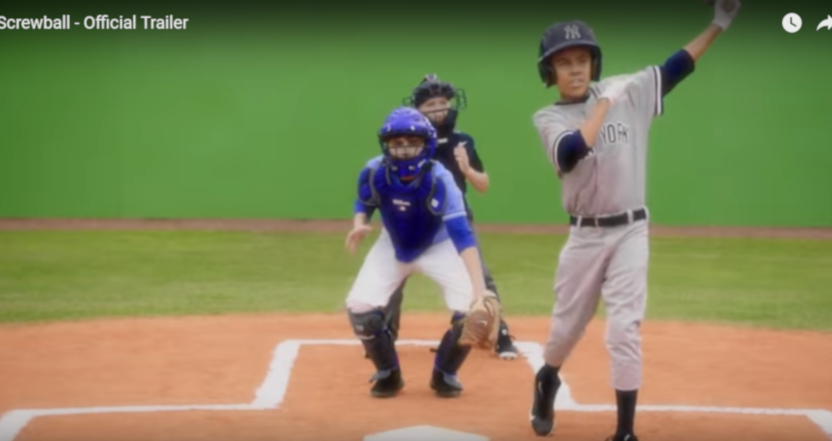 One of the biggest Major League Baseball steroid scandals is going to get a new and very different look. The latest documentary from Billy Corben (known for The U, Broke and The U Part 2 for ESPN’s 30 for 30 series, plus Cocaine Cowboys, Limelight and more) explores the 2013 Biogenesis scandal and particularly Alex Rodriguez’s role in it. But while it features contemporary interviews with key figures like Biogenesis owner and founder Anthony Bosch and client Porter Fisher, it also has many of the described scenes reenacted…by children. Here’s the new trailer for it:

And here’s another clip from the film:

Why use children? Well, Corbin told For The Win’s Andy Nesbitt back in November that the moment-by-moment retellings from Bosch and Fisher convinced him a Drunk History-style reenactment approach might work, and the kids helped portray the silliness involved:

Corben didn’t go into this thinking he would have child actors being in it at all, but that the idea struck him one day during during filming.

“While watching the interviews of Tony and Porter I noticed the way they both were very moment-by-moment in the way they tell a story,” Corben said. “They provide the step-by-step dialogue and so I was like, ‘OK, we can Drunk History this.’ And then it struck me how every single adult in this story acted like a child. Every single one of them. I was like here’s our idea. It was a perfect story for it.”

The Biogenesis scandal led to suspensions for a whole lot of players, including Ryan Braun, Melky Cabrera and Nelson Cruz, but much of the focus here is on A-Rod. Corben told Nesbitt that’s because of Rodriguez’s defensiveness over it and his attempt to fight the suspension (he played through 2013 while that suspension was pending appeal, but then was suspended for the 2014 season).

“The only reason why Alex is in the movie even more than the others is he appealed the suspension and went on to that arbitration. Everyone else just took their lumps because they were guilty. They didn’t want to drag it out any longer than necessary. Alex just didn’t know how to admit he was wrong. That’s the most troubling thing — and ‘Trumpian’ thing about it, too — he was incapable of admitting that he was wrong. He was incapable of admitting that he made a mistake or that he cheated. It was just like, ‘No, I didn’t do this.’ And I don’t even know if he’s ever said out loud, ‘Yes, I did do this.’ He’s joked about it and I guess he’s apologized in some obscure interviews that he’s done more recently but I don’t think he’s ever admitted that ‘Every single thing I said no to and denied — I did all of that.’ And yet he is this beloved and pop-culture figure now.”

With Rodriguez currently a high-profile MLB analyst for both ESPN and Fox, a new look at his involvement in the Biogenesis saga might be very interesting indeed from a sports media perspective. Screwball will have a theatrical release beginning March 29, and will be available on digital and video on demand platforms as of April 5.