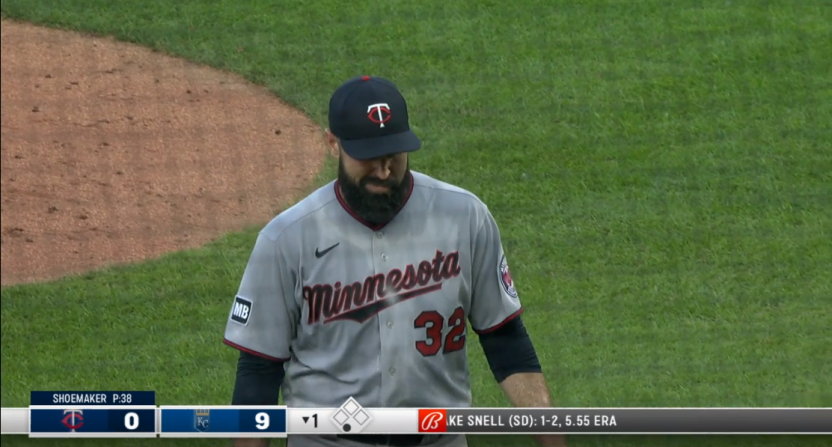 The Minnesota Twins have won two straight AL Central division titles, and they entered the 2021 season as division favorites according to FanGraphs (had the Twins projected for 88 wins, with the Chicago White Sox projected for 86). Well, through 56 games played, the 22-34 Twins find themselves already 12 games behind the White Sox (and nine games behind the Cleveland Indians for second place). Like so many teams this season, injuries have been a huge problem for the Twins, but their play has still been a huge disappointment.

And it’s just getting worse. Minnesota entered Friday night with losses in three straight games, and they proceeded to have a humiliating first inning vs the Kansas City Royals.

The Royals scored nine runs and brought 14 batters to the plate (so, the first five hitters batted twice) in the bottom of the first inning. Kansas City scored all nine runs before the Twins even got the second out.

A look at the play-by-play, via ESPN: 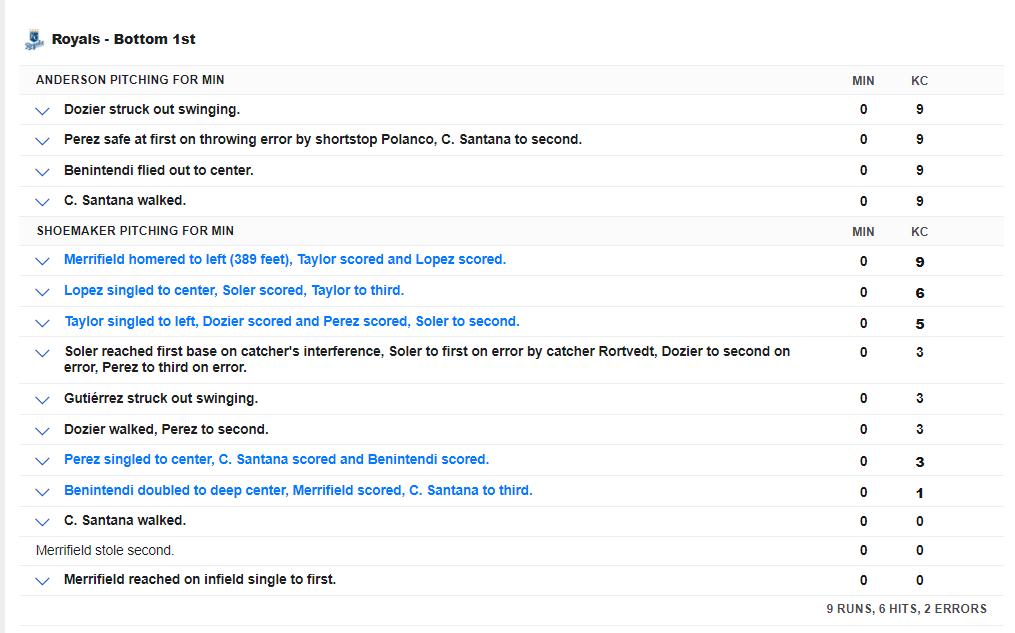 Matt Shoemaker is the first starter in #MNTwins history to allow 9+ runs without making it out of the first inning.

Things continued to stay ugly for the Twins in the second inning, when they allowed four more runs to make it 13-0 Royals.

Barring an absolutely historic, miraculous comeback, the Twins will fall to 22-35 (and 13 games out if the White Sox win on Friday night). They’re surely nowhere near this bad in reality, but we’re already at the point where that may not matter. After giving the Twins a 63.3% chance to make the playoffs entering the season, FanGraphs gives Minnesota just a 3.6% playoff chance entering Friday night.