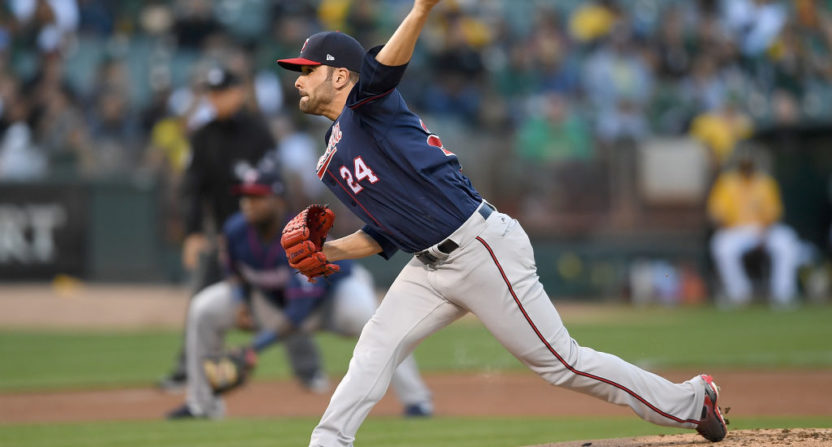 The Twins were just one game back in the AL Wild Card race and 2.5 games behind the Indians at the time of the trade. So, even though many evaulators and projection systems were skeptical that the Twins could keep it up, it’s understandable that they wanted to make a move to try to improve their ballclub. The trade didn’t require them giving up a top prospect, and when a team is hanging in the race like that, it’s hard for the front office to not do something. Making a move shows the team that the front office has confidence in their playoff chances (and is rewarding the team for their play), and also tells the fan base that the front office is serious about winning.

After the trade, Twins manager Paul Molitor talked about the morale boost it gave the team (via the Star Tribune):

“It’s an exciting bit of news for us,” Twins manager Paul Molitor said. “I think our players will be uplifted by it, that our people upstairs are trying to give us a better chance to get to the postseason. … We know [Garcia’s] track record. He certainly knows how to pitch, and it’s a nice addition to our club.”

Well, the Twins’ playoff chances have gone downhill since the trade. The team has lost five of six games, while the Indians have won nine straight games. The Twins (50-52) are now seven games back in the AL Central, and they’re 4.5 games back in a crowded AL Wild Card race (in fifth place for two spots). FanGraphs now gives the Twins just an 8.5% chance to make the playoffs.

And on Saturday night, just five days after the trade, Yahoo! Sports’ Jeff Passan reported that the Twins were “deep into discussions” with the Yankees to send Garcia to New York:

The Minnesota Twins are deep into discussions on a deal to send SP Jaime Garcia to the New York Yankees, sources tell Yahoo Sports.

Sources: If a deal for Jaime Garcia is completed, Yankees still in the market for another starter, with Sonny Gray at the top of their list.

Morosi adds that the Twins could get Yankees pitching prospect Zack Littell in the deal:

And Littell is viewed as a better prospect than Huascar Ynoa, the player traded to the Braves for Garcia.

The Braves should be seriously annoyed if the Twins get Zack Littell for Garcia now.

If the Twins do get Littell, John Coppolella should take out a full-page ad in the Star-Tribune that just says "Dude! Not cool."

So, the Twins may trade Garcia less than a week after acquiring him, and they may end up getting a better prospect from the Yankees than they gave the Braves for Garcia. They would go from buyers making a playoff push, to a team accepting that they’re unlikely to make the playoffs and choosing to sell, all in a matter of days.

This is certainly a unique trade deadline situation, and just one of the many interesting hot stove storylines to follow over the next two days.

UPDATE: Garcia has officially been traded to the Yankees, as the team announced Sunday morning.

Despite acquiring Garcia, the Yankees are also still trying to make a Sonny Gray trade happen.

#Yankees still want Gray on top of Garcia. Asked source how it would work for NYY. “Still could work but hard deal to make,” meaning Gray.