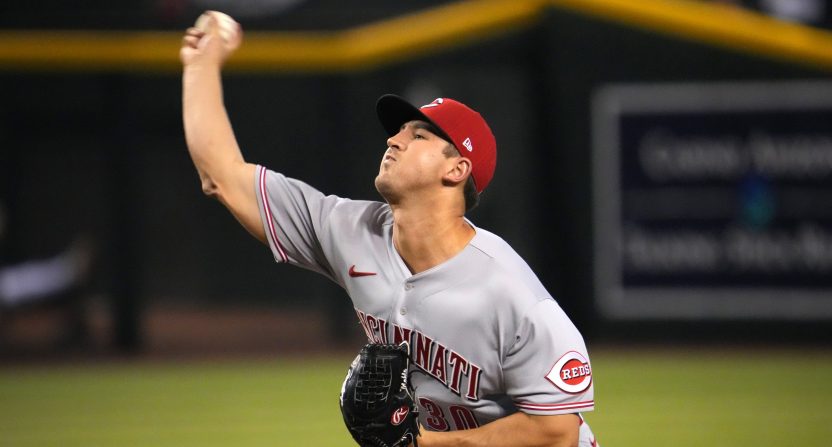 Tuesday was a history-making day for Cincinnati Reds pitcher Tyler Mahle. That was both the good news and bad news.

Mahle was outstanding against the Arizona Diamondbacks. He went nine shutout innings, allowed only three hits, walked nobody and struck out 12 hitters. Unfortunately, he got no run support in those nine innings and was taken out after nine innings with the score tied 0-0. Cincinnati did manage a run in the top of the 10th inning and had the Reds held that lead, Mahle would have earned the victory. But the Diamondbacks tied things up, sending the game to the 11th.

With that, Mahle got a no-decision that is literally unprecedented in the modern Major League Baseball.

Tyler Mahle of the @Reds is the only MLB pitcher in the modern era to throw 9.0+ shutout innings with 12+ strikeouts and no walks on the road and yet not get the win.

The lack of run support in a fanstastic performance is something the Reds have familiarity with this season. That was one of several points made in regards regarding Mahle’s no decision.

We have pitchers throw no-hitters and not get the win, so can’t say I’m surprised. https://t.co/0LSCH24Lid

It is unacceptable we keep making our pitchers appear in these wonky stats #Reds https://t.co/SXP0fDL0Xx

While Mahle didn’t earn a win, MLB fans were effusive in their praise of the Cincinnati starter, while also wondering about the possibility of a trade to a contender.

Tyler Mahle away from GABP pic.twitter.com/slVi3SH04i

Tyler Mahle is pitching like someone who really wants a spot in a postseason rotation.

If I’m tyler Mahle I want out of Cincinnati because he deserves better.

Regardless, what an incredible performance.. just incredible

While the win as a stat for pitchers has largely been devalued by baseball fans and people who cover the game, it is still meaningful to most pitchers. So, from that perspective, it’s unfortuntae that the Reds couldn’t give Mahle any support in this one.

On the other hand, while he came away with a no-decision, Mahle also knows that he couldn’t have pitched any better than he did. And even if he didn’t get the win in the game, contending teams around Major League Baseball no doubt took notice of his gem.