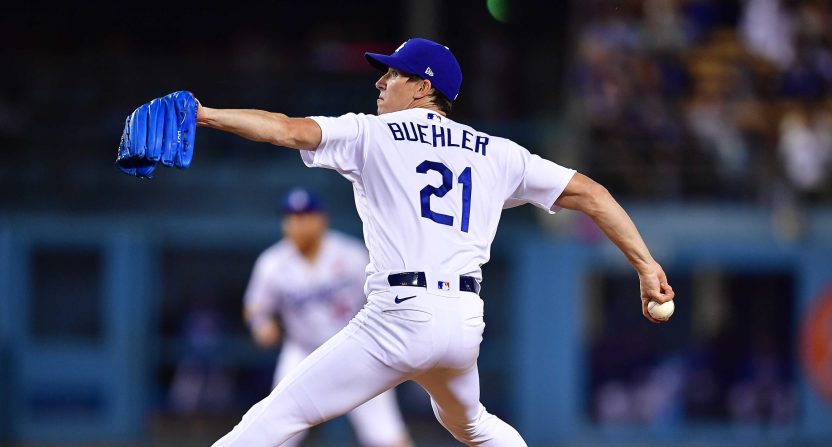 Little more than a week after it was revealed that Los Angeles Dodgers ace Walker Buehler would undergo season-ending elbow surgery, he did. Buehler underwent Tommy John surgery on Tuesday.

This is Buehler’s second Tommy John surgery. His first came in 2015, shortly after he was drafted by the Dodgers in the first round of that year’s draft.

Even under normal circumstances, Buehler would likely miss not only the rest of 2022 but — given how late we are in the season — likely all of 2023, as well. Given that this is his second Tommy John surgery, missing all of 2023 is a virtual foregone conclusion.

The MLB world was disappointed for Buehler following this news.

Ah dang….even more of a bummer for Walker Buehler. https://t.co/PYM76aIukU