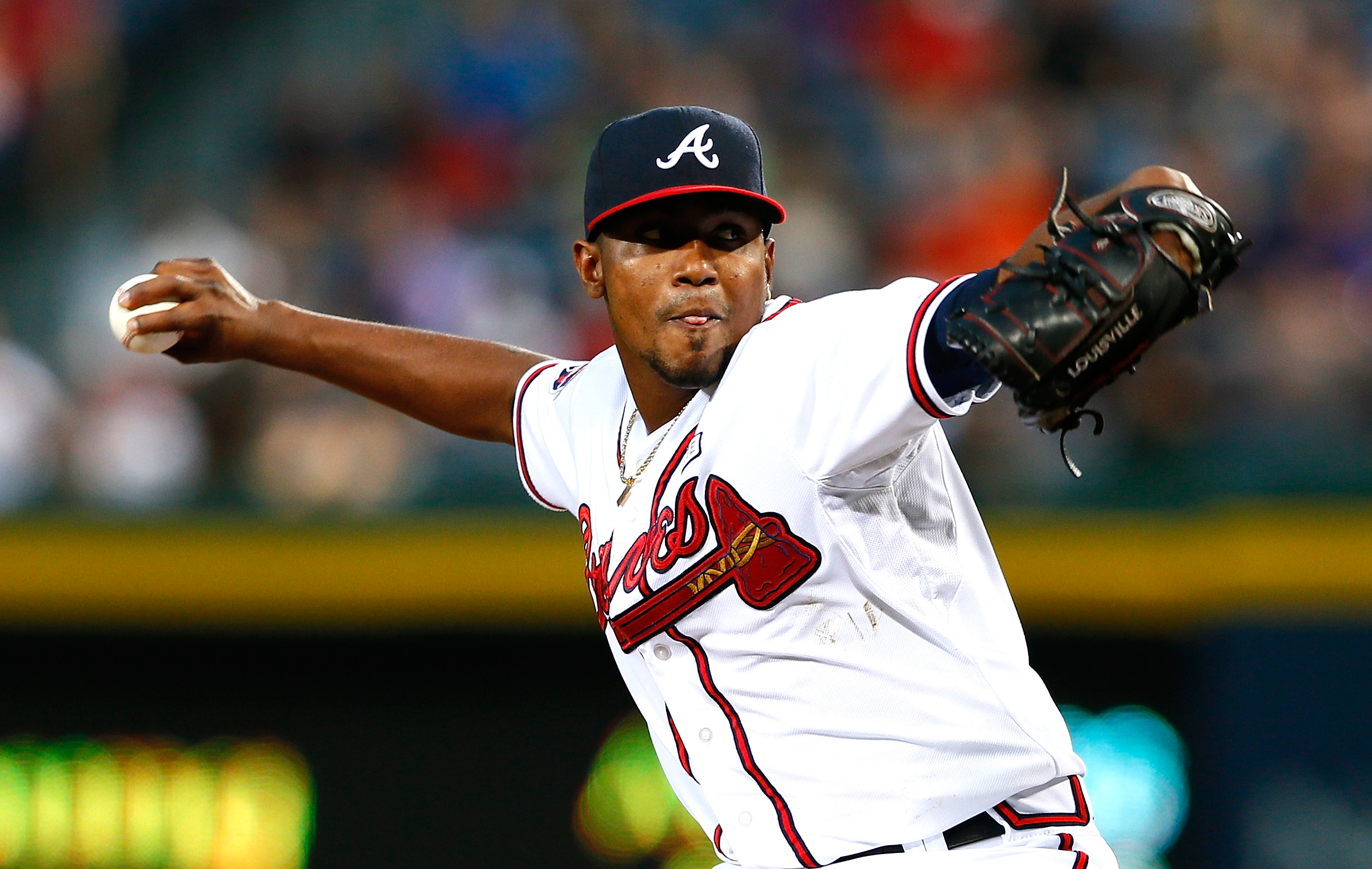 Generally speaking, a pitcher lacing a hit to the outfield is likely to make it on base rather easily. Except that didn’t happen for Atlanta Braves pitcher Julio Teheran on Wednesday night.

Instead, he took his sweet time getting down the base path and his hit went directly towards charging Miami Marlins outfielder Marcell Ozuna. That combination was not good news for Teheran, who was thrown out at first base despite his hit out of the infield.

We’re guessing Teheran didn’t enjoy the rest of the night with the boys in the clubhouse, and he’ll never not hustle down to first base again in his career. Either that or he’ll remember he’s a pitcher and continue to put minimal effort in to running the base paths.

However, this wasn’t the biggest moment of the night between these two clubs. That was reserved for a benches-clearing incident after Braves pitcher Jose Ramirez threw one right over the head of Jose Fernandez.

Because Fernandez and the Braves sooooo love each other.

Then again, it could be worse for Teheran and the Braves…you could be current New York Yankees first baseman and designated hitter, Billy Butler. Let’s flash back a few years and remind you of his own epic out at first base.

You decide which one was worse, but for my money Butler has to be more embarrassed as a guy who regularly puts hits in to the outfield.