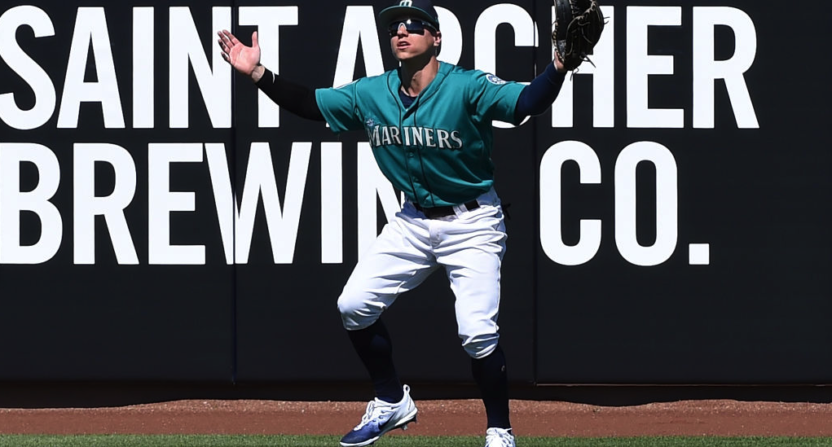 Jerry Dipoto likes to make trades. That much is very, very clear. The second-year Mariners general manager has spent much of his tenure in the Pacific Northwest wheeling and dealing, turning over the fringes of a roster that has a talented core.

The Mariners have come incredibly close to ending baseball’s longest playoff drought in recent years. By now, most everyone knows that they haven’t played in the postseason since winning a Major League record 116 games in 2001. Seattle went 86-76 in 2016, just missing out on a spot in the American League Wild Card game. It’s understandable that the front office would make moves to try and get this team over the top, especially with a core of Kyle Seager (29 years old), Robinson Canó (34), Nelson Cruz (37) and Félix Hernández (31).

That said: Is it all worth it? These moves haven’t been cheap for Seattle, both in terms of the present and future. Dipoto has shown an extreme willingness to deal prospects that were in the organization prior to his arrival. He has thinned a system that wasn’t great to begin with, entering the season ranked 21st by Baseball America.

Dipoto is putting all his eggs into ending the postseason drought, which is understandable to a degree. But for a team sharing a division with the Houston Astros, is it wise to give up on so many youngsters and put the future in jeopardy as well?

Full disclosure: I spent the last two seasons broadcasting Seattle’s Double-A team, so I personally know some of these guys.

Dipoto’s latest deal raises some serious questions. He traded 22-year-old outfielder Tyler O’Neill to the Cardinals for 25-year-old pitcher Marco Gonzales. Coming into the season, O’Neill was a consensus top-100 prospect. He was named MVP of the Double-A Southern League last year after displaying prolific power. His approach at the plate improved greatly, and the other tools are nothing to sneeze at. He got off to a slow start in Triple-A this year before turning 22 in June. He seemed to be figuring out advanced pitching, posting a .326 average with 13 home runs in his final 24 games before the trade.

Gonzales, meanwhile, missed all of last year recovering from Tommy John surgery after being limited to just over 80 innings with shoulder problems a year earlier. At one point, he was a big-time prospect. St. Louis took him 19th overall in 2013. The luster has worn off considerably since then. Though he has some big league time, it looks as though Seattle traded a prospect for a lower-ranked prospect.

I understand that young starting pitching under team control is hard to come by today. And Seattle is in desperate need of rotation help, given injuries to Drew Smyly and Hisashi Iwakuma. Ariel Miranda currently leads the team in starts.

But was Marco Gonzales the guy to trade Tyler O’Neill for? While O’Neill has some swing-and-miss in his game, he has the potential to be an All-Star outfielder with well above average power at the major league level. Gonzales appears to be rotation depth.

This trade fits into a pattern for Dipoto and Seattle. He has constantly sold low on minor league players to build on the edges of his roster. In fairness to him, one could argue that O’Neill is the only top-level prospect he has dealt. Getting MLB-caliber talent for players who may never make it could wind up being the right move.

The logic behind giving up a hefty price for Marco Gonzales was the need for a solid starter under team control. That’s understandable. But Seattle has traded away a number of prospects that could potentially fit that mold.

LHP Ryan Yarbrough strikes out the side in the 4th. He has 9 Ks through four IP. Change-up has been unhittable. @DurhamBulls pic.twitter.com/H5VGcZlfwK

Lefty Ryan Yarbrough was the Southern League’s Most Outstanding Pitcher last season, and he currently has a 3.52 ERA in Triple-A for the Rays after being included in the Drew Smyly trade. Paul Blackburn was briefly in the system last year before being flipped for Danny Valencia. He has already made his MLB debut with Oakland. Luiz Gohara (traded for Shae Simmons) and Zack Littell (James Pazos) are both excelling in Double-A.

It’s easy to nitpick, but it’s not even that long ago when Seattle’s quick trigger wound up costing them in a deal. Chris Taylor played in fewer than 100 games with the Mariners before he was traded to the Dodgers last June in exchange for Zach Lee, a once-promising pitching prospect taken in the first round. (Sound familiar?) Lee isn’t even with Seattle anymore, while Taylor has burst onto the scene in Los Angeles with a bWAR of 3.4 just past the All-Star Break.

Obviously, not all of the fringy players the Mariners have dealt will become Chris Taylor. But the guys mentioned in this piece are just the tip of the iceberg as far as intriguing pieces the Mariners have given up. So now the team is without much organizational depth and a playoff berth. That is a huge risk to take with an aging core.

If it works and this iteration of the Mariners becomes a contender, there will be Moneyball-type stories written about Jerry Dipoto. If not, baseball’s longest playoff drought could continue a while longer.