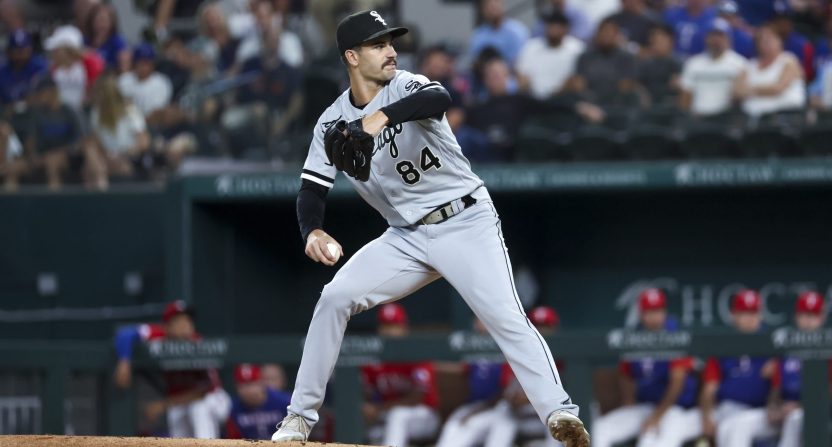 The right-hander allowed one run and two hits over six innings to lead the White Sox to a 2-1 victory over the Texas Rangers on Friday night.

It’s the 13th consecutive start that Cease has allowed one earned run or fewer.

If that sounds hard to believe, well, it very much is. In fact, no other pitcher in MLB history — since earned runs were made official in 1913 — has accomplished that feat!

The 13-start streak of one or fewer earned runs breaks a tie with New York Mets star Jacob deGrom (in 2021).

That breaks a tie with Jacob deGrom (2021) for the longest such streak since earned runs became official in 1913. pic.twitter.com/UacYCNGhsC

Cease now has a 1.98 ERA on the season over 122 1/3 innings pitched. That’s the third-best ERA in baseball, trailing on the Houston Astros’ Justin Verlander (1.73) and the Miami Marlins’ Sandy Alcantara. And if Cease is going to keep this streak going much longer, he very well may capture the ERA — and potentially AL Cy Young — crown along the way.

It’s also fair to wonder where the heck the White Sox would be without Cease. It’s been a disappointing season on the Southside, with the White Sox now having a 54-52 record after being the clear AL Central favorites entering the season. Still, they’re only two games back in the AL Central (the Minnesota Twins are in first place, and the Cleveland Guardians are tied with Chicago in second place). And if they can find a way into the playoffs, they’ll be a very dangerous team in a short series if Cease keeps pitching like this.

Here’s a look at how the baseball world is reacting to Cease’s record-breaking streak:

Liam Hendriks reached 100 career saves tonight and is the all-time Australian-born saves leader. But his remark about Dylan Cease was his best line:

"It sucks for me coming in after him because we have the same stuff but his is actually just better."

Dylan Cease is really starting to strengthen his Cy Young case. Over his last 5 starts…