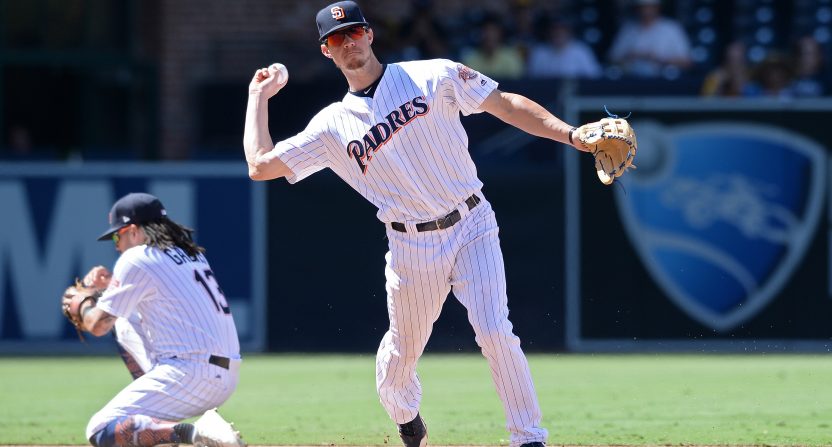 In the video, which has since been deleted, second baseman Carlos Asuaje — currently with Triple-A El Paso — is streaming himself as he plays Fortnite, a popular video game. Myers’ voice is also heard in the stream.

“The Padres are doing cutoff and relays tomorrow at 3 o’clock — in September, dude,” Myers is heard saying.

He continued: “Oh my god. It’s so miserable, man. It’s insane. Andy could not be any worse than he is right now.”

There’s nothing not funny about this, from the Padres having to run spring training drills in September bad to Myers essentially giving his version of the Allen Iverson “Practice?” speech to Asuaje realizing the impending problem very quickly, but not quickly enough. But the funniest thing may be that it’s a Fortnite stream, which has quickly become a form of social media in and of itself.

(Also funny: Myers complaining about the Padres having extra defensive practice while his buddy plays a game where defensive innovation is kind of the whole point.)

Myers apologized to Green, and it seems like both men handled it as well as it could be handled:

Both Green and Myers said the incident was quashed by their meeting. Green understood Myers’ words were never meant for public consumption. In a long season, Green said, players often gripe privately about extra work. Who, Green added, hasn’t complained about being assigned extra work by his or her boss?

“There were no excuses,” Green said. “There was just ownership and an apology. There was, on my end, an understanding I’ve done the same thing to my boss at some point in time in my life. It just wasn’t 2018, where everything’s recorded or streamed live.”

That’s a very fair read on it; everyone needs to vent sometimes, and not everything everyone says is inherently meant to represent anything other than how we feel in that exact moment. But the whole thing does serve as an excellent reminder that we pretty much exist in a world where we’re one small degree away from being famous, or infamous.