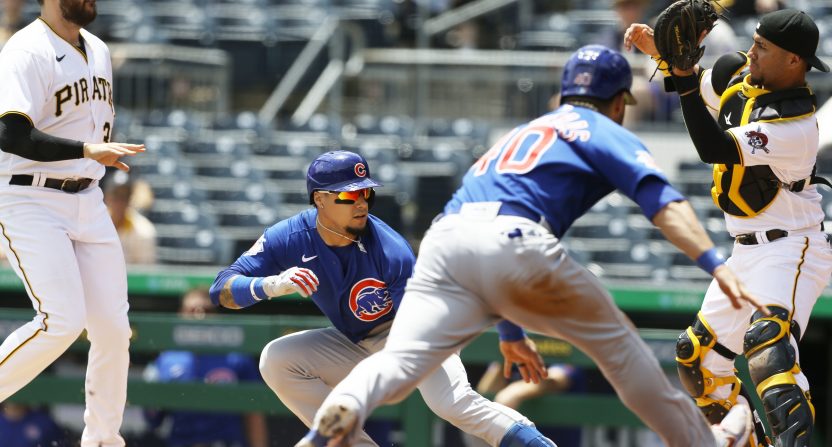 Everyone on social media is losing their shit over Javier Baez’s baserunning during Thursday’s Cubs-Pirates game at PNC Park.

But as a baseball fan, I look at this play, and wonder just what the hell Pirates first baseman Will Craig was thinking.

Here’s where Craig is when he receives the throw from third baseman Erik Gonzalez. 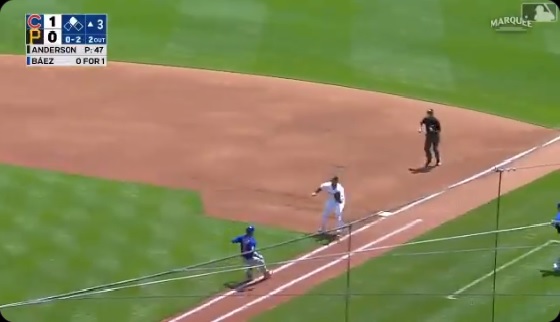 Alright, so at the worst, he’s about the same distance between Baez and the first base bag.

As Baez makes his frantic dash back towards home plate, Craig doesn’t even try to tag him. His glove is way too close to his body. Look at this shit! 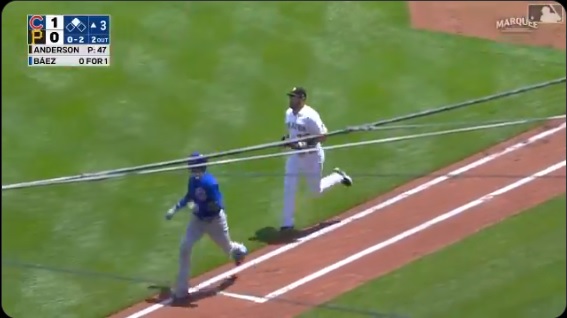 As Baez continues going the wrong way down the line, Craig finally makes a half-hearted attempt to tag him. 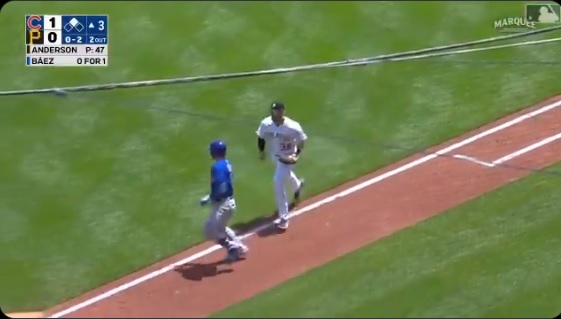 And then, Craig does the dumbest thing he could possibly do: he throws the ball to the catcher. Baez is closer to Michael Perez (and potentially out of the baseline, *and* close to interfering with Perez) than Willson Contreras, the Cubs runner coming in from third (who isn’t even in this screengrab when Craig releases the ball!). 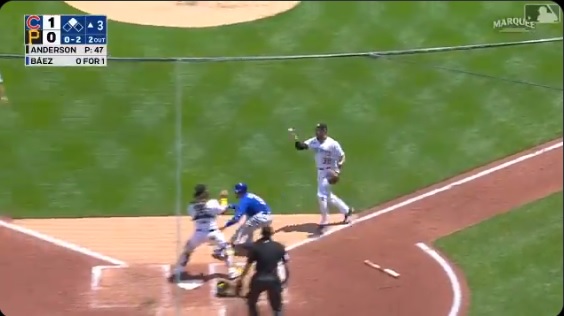 Perez actually makes a good effort here, but just misses Contreras with the (wholly unnecessary) tag. Baez and Craig are now roughly the same distance from first base. 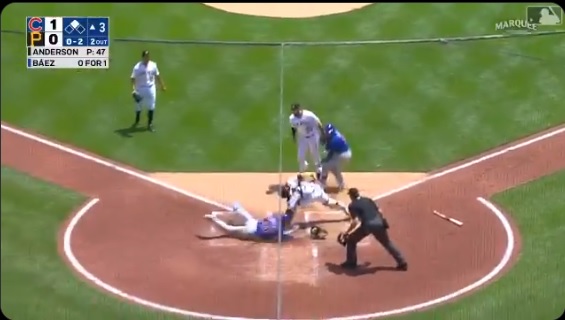 And he’s off, with three Pirates further away from first base than him (Craig, Perez, and pitcher Tyler Anderson). 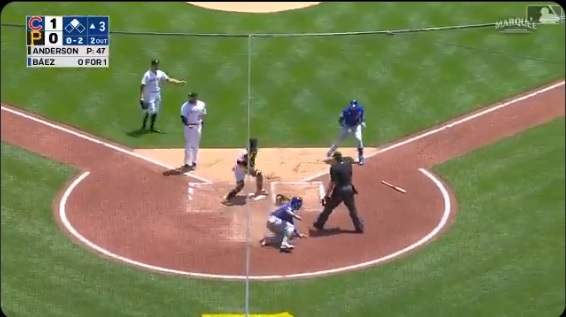 Perez attempts to throw back to first to get the force (Baez isn’t even halfway back up the line at this point), but no Pirate bothered to consider the fact that Craig might actually not tag Baez out. 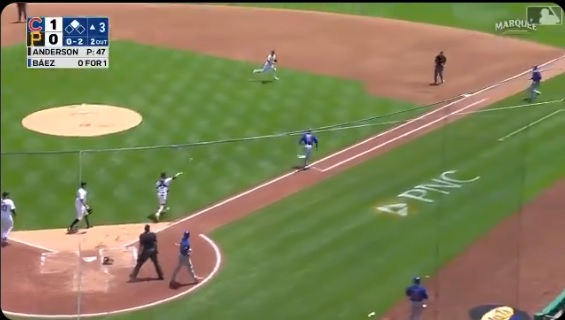 Second baseman Adam Frazier is the closest, and he can’t even catch Perez’s throw. 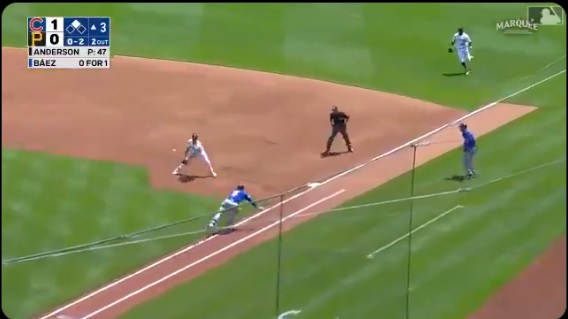 Right fielder Gregory Polanco is backing up the play down the right field line, so he’s in no place to recover the ball immediately after the deflection. Baez uses the opportunity to scramble to second. Polanco is the only Pirate in the field of play in this screenshot (and even so, that’s only his leg in the top right corner). 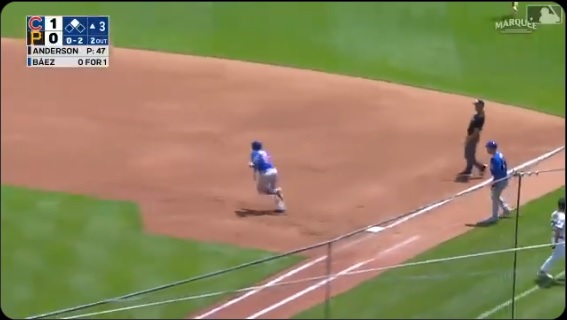 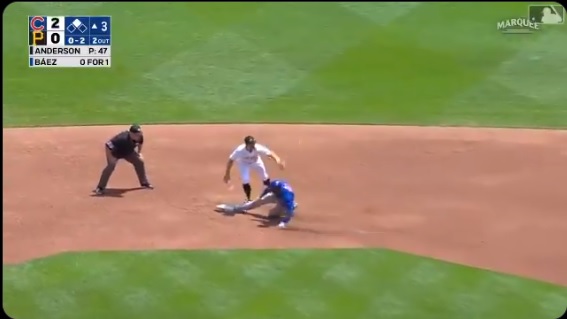 God, I need a drink after all of that.

Here’s a view from an elevated right field camera, which shows off just how embarrassing the play was.

we have no words to describe this play, you've just gotta see it. pic.twitter.com/mYcsDOADYB

But no. Instead, he tried to tag Baez out, then tried to get the runner going home tagged out, and *then* the Pirates finally tried to force Baez out at first again….but the first baseman was five feet from home plate.

In case you’re curious, the Pirates came into this game with an 18-30 record, a full 8.5 games back in the NL Central. Only the Diamondbacks and Orioles had worse records across Major League Baseball.