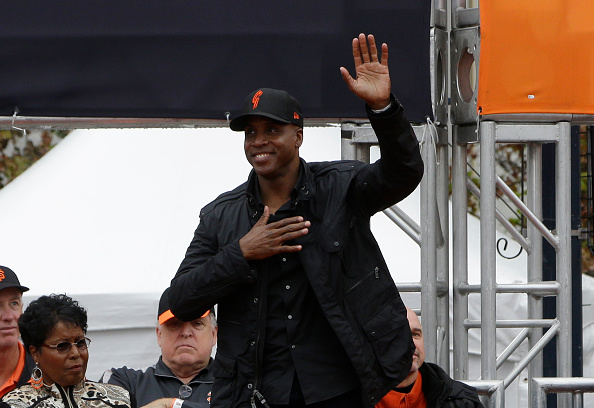 Earlier this month, the Miami Marlins hired former steroid-user Barry Bonds as their hitting coach, accepting him into their organization the way the Cardinals, Dodgers and now Padres have accepted Mark McGwire and the Cubs have accepted Manny Ramirez.

In recent years, Major League Baseball’s position on performance enhancing drugs has become clear: Doping is a serious offense but not an unforgivable one.

With that merciful precedent in mind, it is now time to elect Barry Bonds and Roger Clemens to the Baseball Hall of Fame.

Bonds and Clemens — on the short list for greatest hitter and pitcher of all-time, respectively — enter their fourth years on the Cooperstown ballot having never received even 40 percent of the vote. The highest percentage either has achieved was 37.6 percent (Clemens in 2013), almost exactly half of the 75 percent needed for enshrinement.

This stone-walling obviously has nothing to do with Bonds’ and Clemens’ play on the field, rather with their alleged (ok, pretty darn near confirmed) PED use. Instinctively, many voters view the steroid-era rule breaking as reason to keep these players out of the Hall. Voting for cheaters feels wrong, so it must be wrong.

But break down the anti-Bonds and Clemens arguments, and you find there is no logic to defend withholding votes from these two, only bitterness and anger.

You cannot argue Bonds and Clemens would not have been Hall of Famers without steroids, a belief that might justify voting “no” on Mark McGwire, Sammy Sosa and Rafael Palmeiro. Bonds was a Hall of Famer before he touched a syringe, with 411 homers, 445 steals and 99.6 WAR through 1998. Clemens could lose 40 percent of his career and still have 212 wins, 2,803 strikeouts and 84 WAR. These guys didn’t use PEDs to boost their stats from good to great, they used PEDs to boost themselves from Hall of Famers to video-game avatars.

You cannot argue Bonds and Clemens violated a rule held sacred from generation to generation, a strain of logic that keeps Pete Rose out of Cooperstown. In the 1990s and early 2000s there existed no formal rule banning anabolic steroids, only an unenforceable memo and some wink-nod “disapproval” from above. Bonds and Clemens’ offenses carried no penalties and came with tacit approval from every owner, executive, manager, writer and fan who looked away.

You cannot argue that the Hall of Fame is morally sacred and should be free of all cheaters, without admonishing Whitey Ford, Gaylord Perry and all the other ball-scuffers and sign-stealers already enshrined. Hell, Hall of Famer Pud Galvin used animal testosterone to enhance his performance back in the 1880s. Bonds and Clemens simply continued a long line of bending the rules.

You cannot argue that drug use is categorically unacceptable, unless you’re willing to stand against Willie Mays, Hank Aaron and Mike Schmidt, who have admitted to taking amphetamines during their playing days. Steroids may enhance performance more than “greenies,” but they present the same basic moral dilemma. If taking any sort of PED is a disqualifier in itself, all the pill-poppers should be out.

And if the problem isn’t moral but rather practical, if the issue lies in how much Bonds and Clemens saw their performance enhanced, it must mean something that, once again, they would have been Hall of Famers even without drugs.

Some voters are fussy about who is a first-ballot Hall of Famer. Well Clemens and Bonds didn’t get in on the first ballot or the second or the third. If voters hoped to punish them, they’ve already done so.

It’s not logic that keeps Bonds and Clemens out of the Hall, it’s emotion. It’s a sense of betrayal, a feeling that PED users let us down by destroying our sense of the game’s purity. Some fans and writers felt wounded by the revelation that great players cut corners, and they wish to repay that hurt however they can. The issue is personal. Writers can’t take back Bonds and Clemens’ records, let alone their wealth and fame. They possess agency only through Hall of Fame voting, so that’s how they’ll exact their revenge.

But this vindictiveness has produced a travesty far beyond typical Cooperstown injustice. This isn’t Jim Rice sneaking in without Hall-worthy statistics or Mike Mussina floundering near 20 percent despite strong credentials. This is the all-time home run leader with and a seven-time Cy Young winner being left at the doorstep of a building designed to chronicle the game’s history and honor its best players. If the Hall of Fame doesn’t have room for two of the absolute greatest to ever play baseball, it’s not serving the fundamental purpose for which it was erected.

By and large, baseball has moved on from the witch-trial lunacy of last decade, put aside the McCarthyist zeal to label good guys and bad guys and punish the latter with iron fists. The sport doesn’t condone steroid use — hence the 80-game suspensions — but nor does it treat PEDs like an existential threat or unconscionable evil.

Almost every Major-League team has knowingly employed a former PED user. An admitted PED user (Matt Williams) has managed a Major-League club. An admitted PED user (Andy Pettitte) has had his number retired in a Major-League ballpark. Barry Bonds is back in baseball as a coach, and Roger Clemens has worked with teams in spring training and would presumably be just as welcome at a big-league club. They almost certainly used PEDs, and that was almost certainly unethical, but you know what? Teams and their fans have gotten over it.