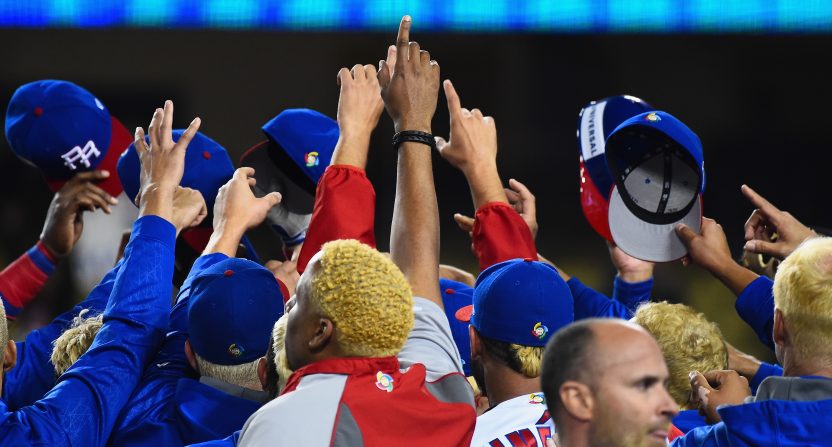 As a way to show their support for the national baseball team, fans across Puerto Rico have taken to dying their hair blonde, just as a number of players on the team have done during this tournament.

Hair dye has become such a hot commodity, a shortage of hair dye made it impossible for some fans to join in the fun. That’s via this great AP story:

“Ever since they began winning, this has not stopped,” said Myrna Rios, a beauty shop manager. “We have run out of the product in most of our stores.”

Rios’ story is a familiar one anywhere you go in Puerto Rico, and that holds true for almost any version of blonde you can imagine. Golden blonde. Platinum blonde. Copper blonde. You name it, it’s sold out. The craze has swept the island so much that even bald men are using up the hair dye substances to dye their facial hair. Now that’s dedication.

Some fans are going so far as to check every possible store to find what they need, not coming home until they’re successful. One fan stopped in four stores looking for something to color his hair, for instance.

Of course, there are some fans who do not quite understand the craze and it seems to be causing some confusion with a younger, more impressionable generation.

“My youngest son asked me, ‘Why did you paint your hair like Donald Trump?'” Puerto Rico economist Sergio Marxuach said, after dying his hair this week. “If this team can give us hope, we’re going to need it given what’s coming down the pipe.”

Of course, non-baseball folks who dye their hair for more typical reasons will probably be glad to have their supplies back now that the WBC is winding to a close.