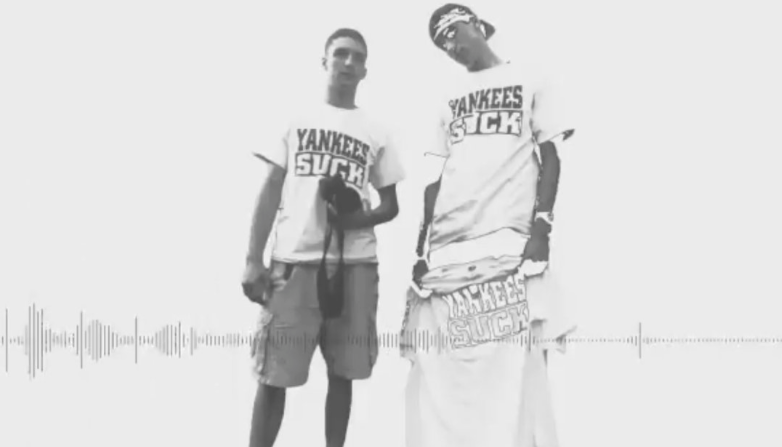 These days, the Chicago Cubs are world champions, the Boston Red Sox are among the best franchises in baseball, and everyone hates the Yankees.

But it wasn’t that long ago when the Cubs and Red Sox were destined to be lovable losers forever while everyone still hated the Yankees. It’s strange to think in those terms but it’s true, there was a time in the not-too-distant past when people all around the country were more than happy to side with the Sox against The Evil Empire.

A recent episode of the 30 For 30 podcast centered around a time when that was true. “Yankees Suck” was about Ray LeMoine, who infamously created the “Yankees Suck” t-shirts that became mainstays in the Fenway Park crowd between 1999 and 2004 before Boston finally pushed past their pinstriped foes and won a championship. LeMoine ended up making “hundreds of thousands of dollars” and sold the movie rights for his life to Sam Raimi’s wife Gillian Green.

The notion of a Boston sports underdog story is outdated (and the podcast episode suffers for it) but LeMoine remained in the news last week when the New York Daily News reported that he spent a week on Rikers Island last month due to several outstanding warrants. The Daily News identified one that dealt with his illegally scalping Yankees-Red Sox playoff tickets outside Yankee Stadium but left out the details about the others.

Turns out, the other warrants were a bit more disturbing. Deadspin reported Thursday that LeMoine was also charged with three separate assault and harassment arrests involving his ex-girlfriend.

Per court records, LeMoine was charged with third-degree assault, second-degree harassment, attempted third-degree assault, and second-degree aggravated harassment. Police statements also say that he threw his ex-girlfriend into a wall, shoved her out of a car, struck her in the face, and threatened to kill her. He has pled not guilty to all charges and the case will continue in September.

Boston sports fans don’t have the best reputation these days. Considering LeMoine has been propped up as a representative for what Red Sox fans are supposed to represent, he isn’t doing that reputation any favors.