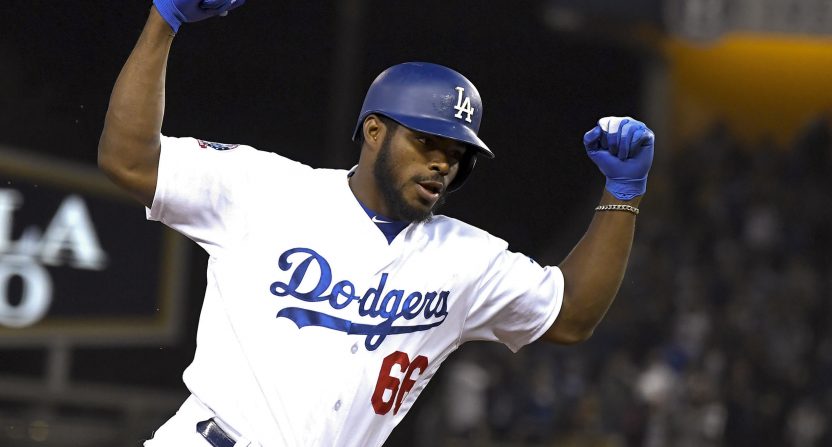 The last post on this website was about Yasiel Puig leaving Dodger Stadium during Tuesday night’s Dodgers-Rockies game because his house was broken into (for the fourth time in 18 months).

On Wednesday night, Puig returned to the Dodgers, but didn’t start. He still managed to have the biggest swing of the game, and it provided a big boost to the Dodgers’ NL West title chances (and did the opposite for the Rockies’ chances).

With the game tied 2-2 in the bottom of the seventh, the Dodgers had runners on second and third with two outs. Despite having first base open, the Rockies chose to pitch to Puig, and that didn’t work out. Puig launched a Scott Oberg slider over the left-center field wall for a three-run homer that would serve as the game-winner in Los Angeles’ 5-2 victory.

The Rockies entered the night 1.5 games back of the Dodgers in the NL West. So with a win, Colorado would’ve been a half game back, but instead find themselves 2.5 games back with the loss. With only 10 games remaining for the Rockies, making up 2.5 games on the much better team (the Dodgers are +165 on the Rockies in run differential) is a very difficult task. FanGraphs only gives that a 3.8% chance of happening.

So, while the Dodgers haven’t clinched the NL West crown yet, Puig’s home run greatly boosted the chances that happens. But, Puig believes the race is already over: