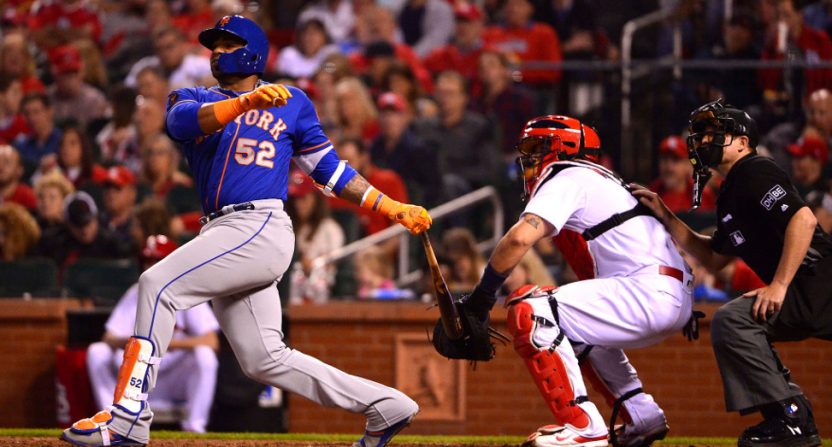 While the New York Mets have been off to a good start this year, going 14-6 heading into Tuesday night’s road clash with the St. Louis Cardinals, left fielder Yoenis Cespedes hasn’t been doing well at the plate. Heading into this game, Cespedes was hitting just .195/.258/.354. But with the bases loaded and two outs in the fifth inning, he cranked one of the most impressive home runs hit by any player this year:

BOOM! Yoenis Cespedes launches a 3 RUN ROCKET and the Mets are back in the ballgame! ⚾️⚾️⚾️??? pic.twitter.com/zyRaPH7bZu

And as MLB.com’s David Adler noted, this was a historic home run for the Mets:

That’s quite the moonshot from Cespedes, and it came at an important time, tying the game for the Mets. (It’s currently 5-5 in extra innings.) And maybe he can build on that and improve his stats overall. But in any case, he’ll certainly have this highlight to point to.