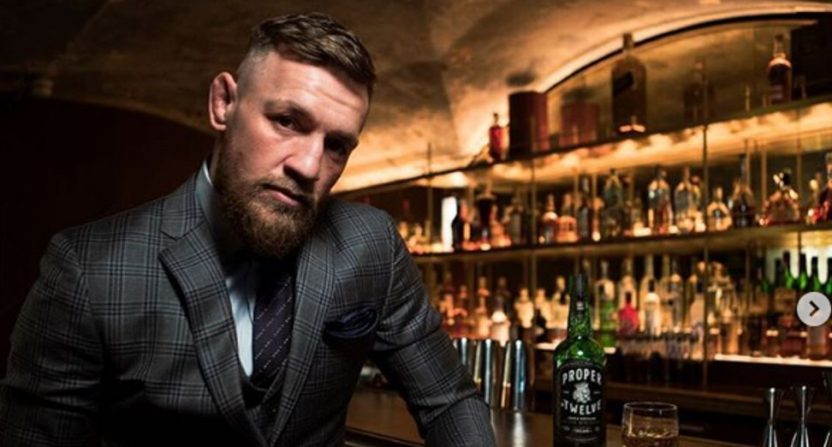 The last few years have seen plenty of discussion of teams and leagues trying to monetize events traditionally restricted to media members, such as the NFL selling fans tickets for this past February’s Super Bowl Media Night (which didn’t help what was already a dumb event. Well, MMA star Conor McGregor seems to be bringing his own spin to that, although it’s to be determined if the UFC will actually let him pull it off.

McGregor, who created a massive controversy and faced felony charges after throwing a guard rail at a bus in the lead-up to UFC 223 in April (he eventually pled guilty to disorderly conduct and was only sentenced to five days of community service), is headlining Oct. 6’s UFC 229 in Las Vegas against Khabib Nurmagomedov, and he’s set to do a press conference for that Thursday in New York. The UFC initially said Monday the press conference will be closed to media only, but they’d hold a Times Square viewing party. On Tuesday night, though, McGregor tweeted that the event will be open to fans…if they bring bottles of the Irish whiskey brand he launched earlier this week.

The press conference will be open to the public.

The ticket for entry is a bottle of @ProperWhiskey.
2 bottles and you skip the Q to the top.
My soldiers will be outside making sure this rule is strictly adhered to.
Radio city Hall. UFC 229 Press conference.

Look, on one level, it’s totally understandable why athletes want to try and monetize media appearances and press conferences. They’re being asked to give their time to answer questions from media members, many of whom have written negative things about them in the past or may do so in the future, and others of who may ask dumb or annoying questions, and there isn’t usually a lot of value out of a press conference for an individual athlete. And that’s a stark contrast in an age where they have more monetizable paths with less editorial interference to share their perspectives and stories directly, whether that’s on social media, Uninterrupted, The Players’ Tribune or whatever else.

But there’s still presumably some value in press conferences for teams and leagues (the value of an individual press conference or an individual outlet’s coverage can be debated, but media coverage in general does tend to help teams and leagues), and it doesn’t necessarily make sense to just open them up to whatever fans want in. The idea of charging admission for fans who want to attend press conferences may sound great, but it’s going to get some pushback from journalists if that winds up leading to disruptive atmospheres. And while individual journalists’ complaints may not matter all that much, there are some effects if enough of them complain about working conditions. That’s presumably part of why the UFC didn’t just sell tickets to this press conference to fans in the first place. (Another part of that may be that given McGregor’s recent history, they don’t want to risk anything that could make this fight go off the rails.)

And the more interesting and more wider-ranging discussion out of this may be about the idea of what press conferences are worth, who should benefit from them, and how that plays into overall agreements between athletes, teams and leagues. Yes, it seems unlikely that the UFC is just going to go along with McGregor’s plan to let in fans who have purchased bottles of his whiskey; that benefits him, but not so much them. And they may have an argument that McGregor has already agreed to talk to the press as part of his fight contract.

But the general idea of athletes benefiting from their media appearances is gaining momentum, and maybe the idea of fans paying to attend press conferences (and, presumably, that revenue being split somehow between leagues, teams and athletes) will gain momentum as well. That’s probably not a good thing for media members, but events like this do show that there is demand for fans to be able to attend these events. We’ll see how this one plays out, and we’ll see if further situations along these lines develop.