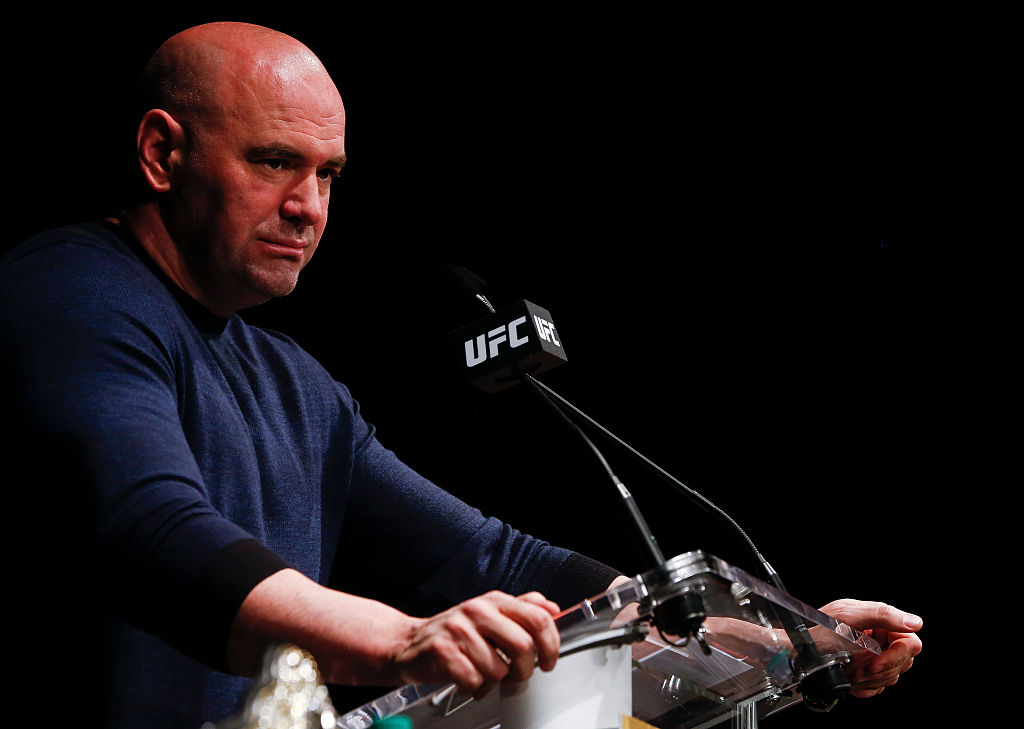 Following the shootings in Las Vegas at a Jason Aldean concert, Aldean opened this week’s Saturday Night Live by addressing the tragedy, telling victims’ families “we hurt for you and we hurt with you,” and delivering a touching performance of Tom Petty’s “I Won’t Back Down.” That performance won Aldean plenty of plaudits, but one person who wasn’t impressed was UFC president Dana White, who was annoyed that Aldean declined his invitation to perform at Saturday’s UFC 216 in Vegas and went on SNL instead.

White offered free UFC 216 tickets to first responders, victims and families, and the UFC pledged $1 million to victims’ families; he said the decision to go on with the event was to show that “this is a community, and it’s a very strong community,” and to not “back down to cowards.” But White had very harsh words for Aldean for choosing SNL instead:

White says Aldean’s people turned down the offer — saying he was shaken up from the shooting and might never perform live again.

White says he stressed that the survivors who would be attending UFC 216 were shot while watching Aldean perform and it would mean a lot to them … and the city of Las Vegas. Still, he declined…

“His image was more important than coming back to Vegas and playing for the people who are his fans and who got shot watching him play,” White says.

“F*ck you Jason Aldean. Stay out of Vegas.”

White also got mad that other country acts turned him down:

White says every single country act turned him down.

“Those are people who buy your albums and none of you country music people could sing the anthem in front of survivors and 1st responders?”

White offered a ton of praise to Everlast — who stepped in and performed instead.

“This isn’t about money. This is about the badass people who fought through this sh*t that this coward (shooter) did.”

That seems pretty excessive on White’s part. It’s great that the UFC found ways to recognize first responders and to support victims and their families, but that doesn’t make them the only people finding ways to help, and Aldean’s tribute on SNL had its place and value too. And it’s also understandable that Aldean may have been reluctant to go play a big arena so soon after this shooting; appearing on SNL in front of a small studio audience might have been easier for him. It’s good that White and the UFC came up with ways to help in the wake of this tragedy, but saying “f*ck you” to Aldean for choosing a different venue to offer his own efforts feels very “look-at-me,” and very unnecessary. It’s far from the first time White has gotten into a personal feud, but it’s another one that isn’t a good look for him.