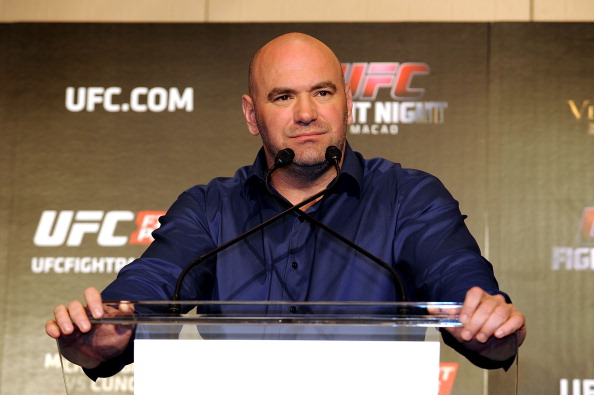 Ultimate Fighting Championship president Dana White is known in his circle as a charitable guy. And White displayed his generous streak recently after being moved by the story of an amputee mixed martial arts fighter attempting to make a comeback to the octagon.

TMZ Sports reported White has made a $10,000 charitable donation to John Esposito, a Muay Thai fighter who lost his legs in December 2021.

Esposito told TMZ he lost his legs while “filling in potholes on the side of a highway when a car sped into the work area and hit him from behind.” The amputation of his legs “happened on the spot.”

“Halfway through the flight on the medivac, I flatlined,” Esposito said recently. “They were able to resuscitate me, though, and bring me back to life.”

Esposito has rehabbed for the past nine months while learning how to hit mitts from a wheelchair while he learns to use his prosthetics, TMZ reported.

Liam Tarrant, founder and president of The Muay Thai Project, started a GoFundMe to help Esposito with costs associated with his rehabilitation. White decided to donate after hearing about Esposito’s plight from Tarrant’s appearance on UFC fighter Angela Hill’s podcast, Ceremonial Weigh-In.”

“Fighting is the loneliest sport in the world,” Tarrant said, according to TMZ. “But we’re letting our brother know that he isn’t alone on his journey. We’re all in his corner.”