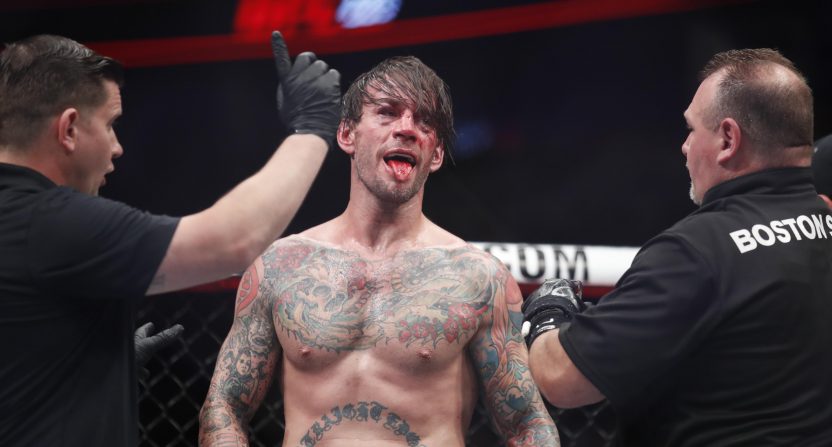 CM Punk’s second UFC fight was an improvement on his first but it was still rough. Punk went the distance but was on the receiving end of a pretty bad beatdown by newcomer Mike Jackson, who got his first UFC win.

The 39-year-old Punk was grateful for the opportunity and surely put in his best but it’s difficult to be successful in a sport where you start training when you’re approaching 40.

Dana White, UFC president, weighed in on CM Punk’s performance and while he respected everything Punk is about, told ESPN that he should probably call it a career in MMA.

“It probably should be a wrap,” White said of Punk’s MMA career. “The guy is 39 years old. I love the guy. He’s the nicest guy in the world. We gave him two shots, and he had a lot of heart tonight in this fight. And I think he should call it a wrap.”

And because of his name recognition, Punk got an offer from UFC to fight his first match there. It would be one thing for Punk to go into one of the lower MMA divisions to build up his resume but no one would turn down an offer to go straight to UFC. Given White’s comments, this is likely it for Punk’s UFC career.

So Punk did, tried his best, got beaten handedly, came back, did better but still got beat. If Punk had started fighting a decade ago, no doubt he would’ve been a champion. But now, as a 39-year-old, we have to play the “what might’ve been” game when it comes to CM Punk’s MMA career.