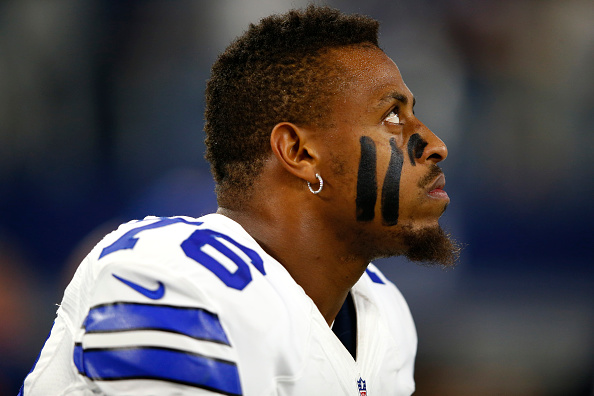 Former NFL star Greg Hardy is reworking his professional career from the ground up in the world of mixed martial arts, and he seems to be finding it to be a dose of reality. Reflecting on his past transgressions that ultimately led to his departure from the NFL, Hardy said Monday that training to compete in MMA has left him focused on reshaping his public image.

Hardy went into detail about his path from football to MMA in an interview with The MMA Hour, in which he stated he was committed to changing his approach professionally and personally with anger management classes and drug rehab.

“It’s a humbling experience, man,” Hardy said in the interview. “Actually, it’s making me really appreciative of everything that I’ve had and everything that I have, and the opportunity that I have to kinda come in and show myself as a guy that is not what everybody says on TV, or, ‘he’s not a monster, he’s not a killer, a women beater,’ this, that and the other. It gives me an opportunity to just come in, be a humble guy, and learn, and honestly just be at the feet of all these champions who walk around like they’re just normal guys … and have the opportunity to make myself better one more time, one last time in sports and life in general.”

Time will tell if Hardy stays on that mission. Last May, Hardy and his agent Drew Rosenhaus spent time spreading the world around NFL circles that Hardy was seeking counseling and psychiatric therapy during an offseason redemption tour. Later in the year, Stephen Jones of the Dallas Cowboys admitted that taking a risk on signing Hardy after he had been released by Carolina amid controversy was a failed experiment, and even the Canadian Football League lost interest in the former standout defensive lineman. A month later, in September, Hardy was busted for drug possession.

The lost potential is not lost on Hardy, or his new MMA trainer, Malki Kawa.

“These were opportunities that I was blessed with that I need to take advantage of, and maximize, and have a great career, and go from there,” Kawa explained. “And not put myself in situations to where things like this happen.’ And I think that part of it is when you realize, ‘hey, I may have not done this’ — this is what I’m telling the world, right? — ‘I didn’t do this. But at the end of the day, the fact that I’m here, I’m even in this situation, is my fault.’ And then you begin to start taking accountability of everything that happened and go from there, and I think that’s what he’s been doing.”

We’ll see if Hardy does indeed to his life and career around for the better.